Hi, I am going to fit one of these to my Commando MK3. Has anyone else on here mounted one on a MK3 or any other commando for that matter? If so, could you kindly post a picture of exactly how you mounted it please.

On the Mk3 with black airbox…

On the Mk3 with black airbox and original starter there is limited room for the XS type valve. if you have a later shorter starter it might tuck in near the start of the breather pipe.

The XS valves tend to go for lots of money, but it is same as the Yamaha YBR 125 pcv valve which are a lot cheaper.

I fitted one to my mk3 about  a year ago. I have the ham can air cleaner fitted with a bracket fitted to the frame tube to fit the outer cover to. i made a right angle bracket and pop riveted it on to the cover bracket fitted the pipes ok with tank breather going to air cleaner found i stopped oil leaks and made no change to performance  cannot post pictures at present as have bike in bits for  maintaince  don s

Here is a picture of my commando with the pcv.

Is that a tap on the oil feed pipe?

Why have you got one of these fitted to a MK3 of all things? All that says to me is that the oil pump wants a decent service and lapping in to close the clearances up to zero and with the Mk3  making sure the little oil plunger non return valve is free in the timing cover.

The pcv valve creates weight negative internal pressure in a running engine so reducing oil leaks. Nothing to do with wet sumping when the bike is standing unused.

Your not Wrong John. I was…

Your not Wrong John. I was referring to Holgers photo of the reed valve fitted to his Mk3 that also  shows a tap in the oil feed pipe.

I deleted the 'Maltese cross' on the end of the cam and added it into the breather line between engine and froth tower. Result is oil staying inside the engine and crank seal doing its job of keeping the engine oil out of the chain case, even at sustained 4000rpm/70mph cruising  - a first for me on this bike.

The valve cost £20 on ebay. Yamaha use it on the exhaust to allow air into the exhaust for emissions reasons. That is why it is often advertised as an EGR valve.

A lot simpler for Commando engines as the breather isn't timed so no need for an engine strip down.

yes same as George I used a yam valve on my Mk3 850 Commando the mk3 air box I done away with and used the the old style 750 air box and I made up a catch tank that comes from the ( EGR ) Valve and I empty that ever 3 months or so ..... I done that so the oil in the oil tank don`t get that nasty whiteish sludge that will be in the oil so the tank oil stays as clean as it can be,

How does that thing fit? It…

How does that thing fit? It looks like it has three pipes...I can see one might take a tube from the crankcase, but where do the others go to or from?  One to the oil tank and...?

No there is two one in and…

No there is two one in and one out with a arrow to show what way it flows.... then the one out as I say I have put to the catch tank and then out to back near to the wheel

Just go to eBay motorcycle parts and search for egr valve, they come in various types with the inlet and outlet pipes at different orientations. Choose the one you want, I use the Yam 125 version.

Thanks ever so much for the…

Thanks ever so much for the photo Holger. Can you please confirm that the valve is not attached to anything and is just held by the breather pipe from the crank case and then on to the oil tank.

Yes, there is no bracket. I…

Yes, there is no bracket. I used an angled hose that was probably installed somewhere in my old VW Polo Mk4...

Thanks Holger and everyone…

Thanks Holger and everyone else for your responses.

The Yamaha part is a bit…

The Yamaha part is a bit pricey new! 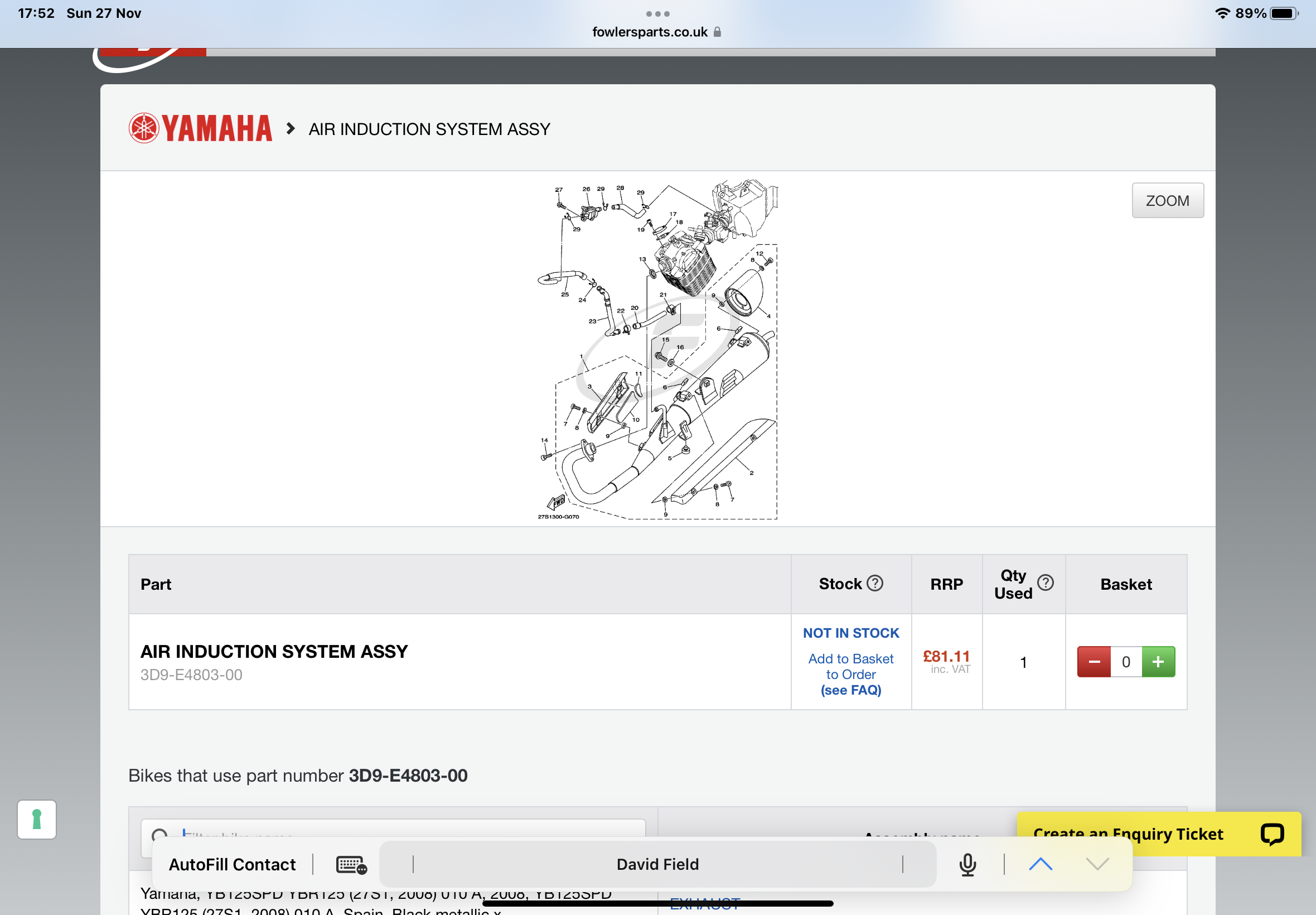 This small device is a great improvement to the engine breather system. The PCV (Positive Crankcase Ventilation) reed valve releases excessive engine pressure on the down stroke and prevents air returning into the crankcase on the up stroke, creating a small vacuum that will eliminate oil leaks at all gasket joints associated with that excessive engine pressure.  Easy to fit anywhere in between existing crankcase breather hose. The reed valve comes with a detachable mounting bracket. Price: €27 exclusive VAT 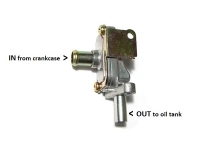 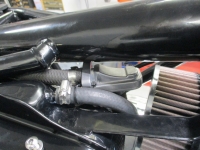 I fitted mine to my Mk.III at the very end of the breather pipe just before it enters the oil tank.  Excellent contribution to reducing oil leaks.

I have to say that, apart…

I have to say that, apart from obvious mechanical faults (e.g. slack bolts on rocker spindle covers) and the dreaded rev-counter drive, the only oil seepage problem that I have had — touch wood — is, ironically, from joints in the breather pipe. I do have an HNW valve in stock to fit at a convenient opportunity.

I ran the reed valve sold by…

I ran the reed valve sold by Map Cycle here in the states on my Commando and it cleared about 90% of my oil leaks. I placed the valve about 4” Above the breather elbow and have had zero issues.  I did drill a 1/16 hole in the body for the supposed oil to drain back to the line??? Either way it works.