A technical forum for Model 7 to Mercury

I removed my exhaust valves. One of them has signs of surface damage, as if there has been some pick-up of specs of iron or steel. One spot was close to the top if the valve an proud of the surface enough for me to be forced to drift the valve out..not very hard, but worrying.

The valve moved freely over its required range, but there were a few more spots lower down. I wonder why? It cast cast iron guides. They aren't sticking..at least not when cold

I've polished off any lumps, but I wonder why they appeared? Might the stem clearance be smaller when hot?

Having just got my Dommie 99’s left-hand footrest powder coated, I’ve discovered that it’s bent. (Oh, b*gger!) Can these footrests be straightened? The bar that the footrest rubber fits on is angled  down slightly, but the bar itself is straight so it seems that the main ‘arm’ of the footrest, not the bar, is bent. I was wondering if I could heat up the main arm of the footrest and then use the footrest bar as a lever to bend the footrest back into shape to make the bar sit parallel to the ground once more.

My 88 is 1955 what is the correct box for the year. Also what box is better than the other.

Anyone know if you can strip the black finish from the bores with chemicals or would you need to remove mechanically, if so any ideas on the best way to achieve a nice finish prior to repainting. Thanks

my barrels are off the bike so looking what is the best means of stripping to bare metal then refinish.

Just a quick one, can you check progress of parts ordered or do you just have to wait. Cannot see a way of checking parts I have ordered maybe looking in the wrong place.

Hello my 1955 88 has hepolite piston +20 stamped on the crown, they look in good condition. I also have a set of new old stock ring +20 boxed, I own a few micrometers and want to know what device will be good enough to measure the bores, do I buy snap gauges or a dial gauge? Both with give good results but want to know what the crowd thinks. Also with plus 20 what figures would be looking for. Thanks in advance

I've already ordered and paid for new ones, but now I'm in two minds as usual about fitting them. I doubt if I'll be taking it to 6000rpm, and higher spring pressure will just add to valve gear loads. What would you do on a grey December day?

My 88 1955 dominator tank is untested and may leak, it looks good from a distance but has a repair that spoils the chromed area. As no chance of buying this part, was looking at the copy cats tanks from overseas. Has anyone used one for their bike?

Hi. At the moment I’m building the front forks of my Dommie 99 project. The fork leg damper rods have a threaded portion at the top, which I assume the fork caps screw onto when the caps are screwed into the stanchions as the caps have threaded holes on their undersides. The upper part of the damper rod also has a nut on it that screws down onto the fork spring top locating ‘spacer’. At the moment I have those nuts screwed down fully tight onto the spring’s top spacer.

Well the bike came without  the base of the cluster, and over the year never seen one for sale, anyone ever made one from scratch? 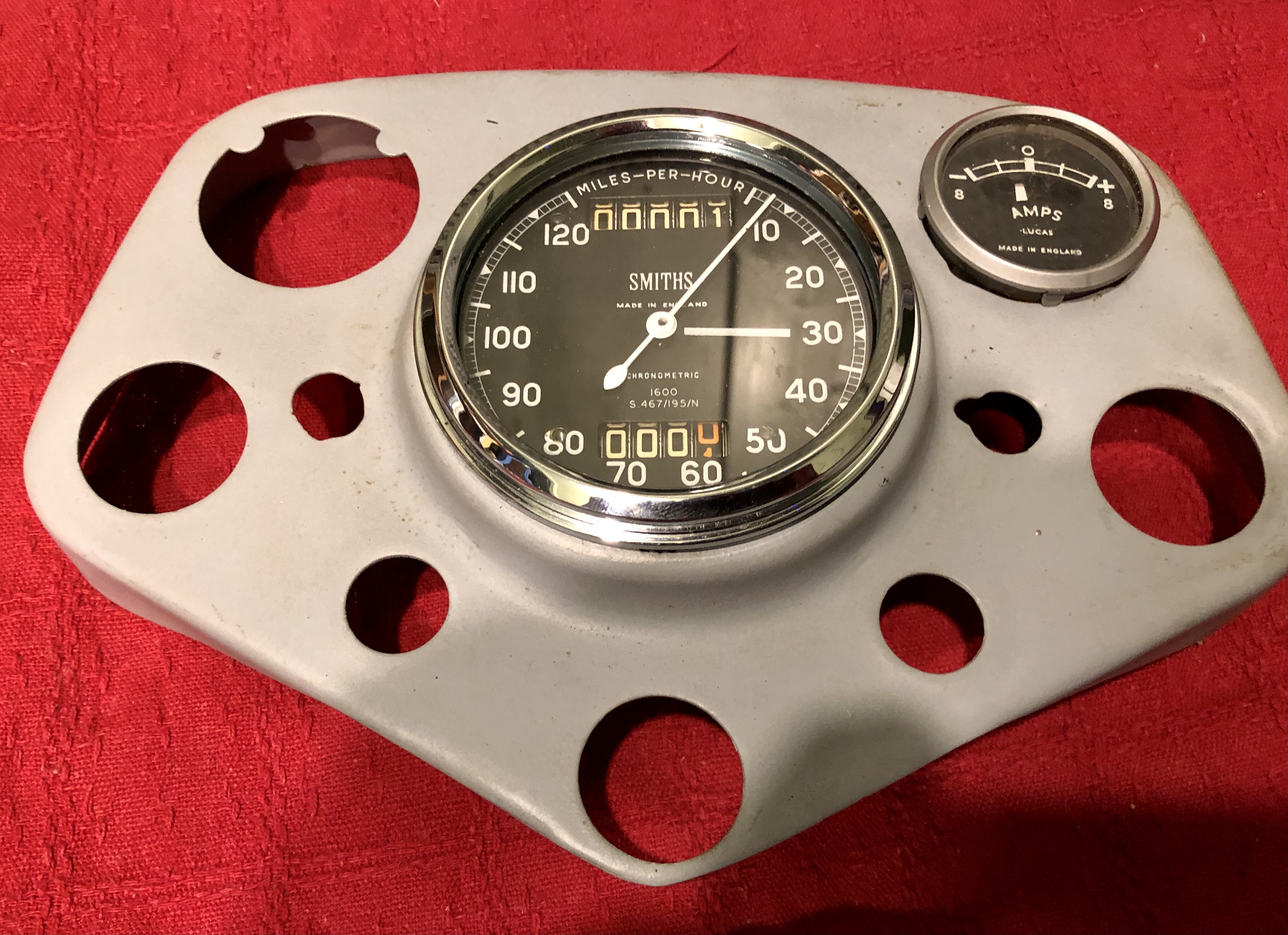