Does practice bear out this theoretical expectation?

I've run 1/4, aka 520, chain for years. Modern chain (DID, Regina) is so much stronger and better made than the Reynolds stuff that was standard in the 70s. I use non o-ring. O-ring is quite wide and can rub against the gearbox unless the sprocket is spaced out. Whether o-ring is worth the extra cost/hassle will depend on your mileage and weather conditions

1/4 gearbox sprockets are easy. Rears are the problem. The choice seems to be thinning down the Norton item or, as I do, bolting on a suitable ring (which makes changing the gearing easy). All of which requires machining; presumabley that what Holland are doing for the money

My 961s had some strange size like 525 whereas my 750 Honda uses an O'ring 520. All managed 2,000 plus miles each year with no significant wear showing. My Norton Dominator 650 needed to change its 5/8 x 3/8" Renolds after less than 3 years of moderate riding and regular lubing.

I know a few Norton people who have traded in their 5/8 x 3/8" (530) chains for slimmer 1/4" wide O'ring versions, including some Commando owners. All have been pleased with the change. The only drawback of such a switch is the rear brake drum/sprocket. Most replacement versions of this item, that are available, are nothing like as good as the originals and a poorly made 1/4" wide sprocket is going to fail quite quickly.

When Norton changed from 5…

When Norton changed from 5/8x1/4 (520) to 5/8x3/8 (530) chains sometimes in the sixties, it meant that the chain came closer to the inner primary cover. I've read that some X or O-ring 530 chains will interfere with the primary cover on a Commando. Probably why the Dutch offer the thinner 520. I think you can check on your Dommie how much clearance there is. Also check the dimensions with chain manufacturers data sheet. Some D.I.D X-ring chains comes with a spring link, some are for rivet links only. A bit of investigation needed.

I've not decided yet if I'll go for 1/4 or 3/8 width on my 650SS project. Have both options available. Depends a bit on if it will be a track or a touring bike. If long distance touring a sealed will be better. If mostly track I'll have a non sealed chain.

I,ve used a DID 520ERV3 X ring chain since 2007, the main consideration being width, strength and longevity for touring, occasional track days and all year riding. Reason for using it was to fit modern radials on a custom swingarm without having to modify the frame or primary cases. A Japanese cush drive mated to the Mk3 hub uses a normal JT bolt on sprocket to make the awful and pricey Norton setup redundant

Works perfectly for me and the complete assembly is lighter but it,s hard to see where a stock Commando would benefit from this very expensive CNW set when there are loads of more than adequate 530 X ring chains available that clear the primary case

The latest in the DID 520 ERV series is the 7 and like the 3, used in Moto GP, World Superbikes and alot of big bore sportbikes. Even the Hogslayer would have trouble breaking these

Some interesting points to ponder …

… in these responses; many thanks to all. My interest in the HNW set-up is for two reasons:

Replying to comments in order:

Stan: in the absence of anything to the contrary on the HNW site, I assume that these are new sprockets

Phil: a useful cautionary note, but lots of people speak enthusiastically about the quality of HNW stuff, and I've not seen any complaints.

Mikael: I'm slightly surprised that there are spring-link versions of X-ring chains, but perhaps that's because the ones I'm familiar with are riveted versions intended for bikes with very much more power than a standard Commando. HNW's illustration clearly shows a riveted chain.

Neill: I entirely agree about the stupidity of the traditional British combined brake drum/sprocket, especially with even numbers of teeth. I have contemplated having a standard drum adapted with a welded-on flange for bolt-up sprockets (if anyone has any suggestions for someone who could do this, preferably convenient to London, I'd like to hear more). As to cost, the HNW kit is only £90 ex-VAT more than the equivalent (but arguably less desirable) components from AN. This seems worth paying for the touring advantages you point to. And less-massive components that at least match the performance of heavier ones are surely desirable in their own right.

As a stand alone piece for someone who wants to convert from a 530 the HNW 520 kit is top quality like all their products. In this case they also include a sealed bearing with what appears to be new O.E. sprockets machined to 520 dimensions. The lighter weight is definitely a bonus. I cleaned, lubed and adjusted my chain on a pre dyno service earlier this month and was surprised how easily the back wheel spins. All 2RS wheel bearings were renewed in May so very little additional friction with a high mileage X ring chain which probably renders unsealed chains obsolete except on cost

My current ERV3 chain setup has done over 15k miles since 2018 used in all weathers including alot of forgetting to add extra lube in heavy rain or other adverse conditions. I,m hoping for another 10k until I replace sprockets and chain together. I would expect the HNW 520 kit with regular lubrication to last at least this long using the rivet link as Mikael suggested

I recall another forum poster a while back doing an alloy CNC cush drive conversion for the Mk3 which used the commonly available JT sprockets. I contacted them with a view to buying one for my spare wheel but no reply so maybe it wasn,t viable

I made a batch of these for the MK3 a couple of years ago. If it was me you contacted I am sorry I thought I replied to all, I wanted to give them some time before I made another batch I have had no problems with mine or those I sold, I will get some material and make some more. 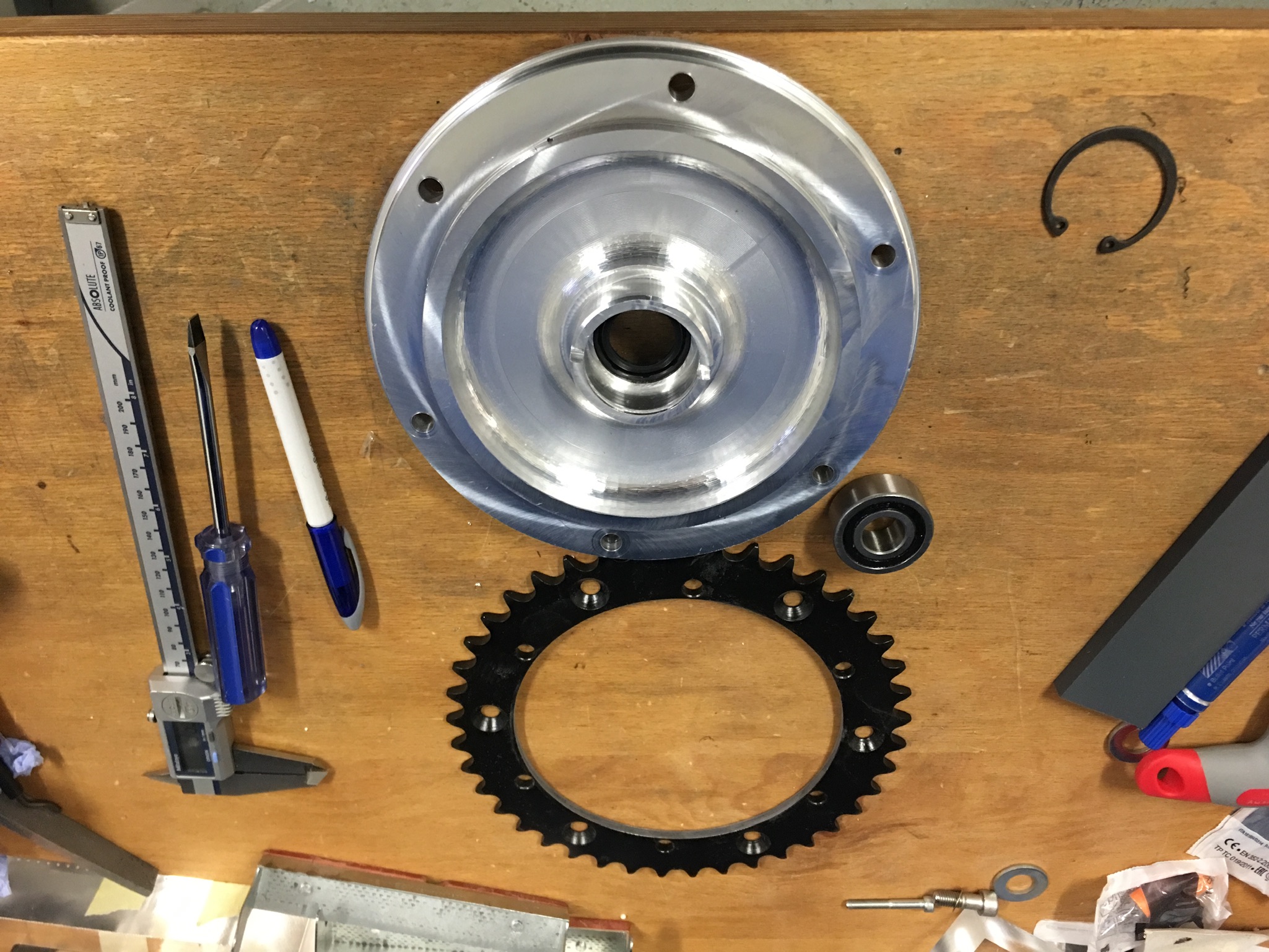 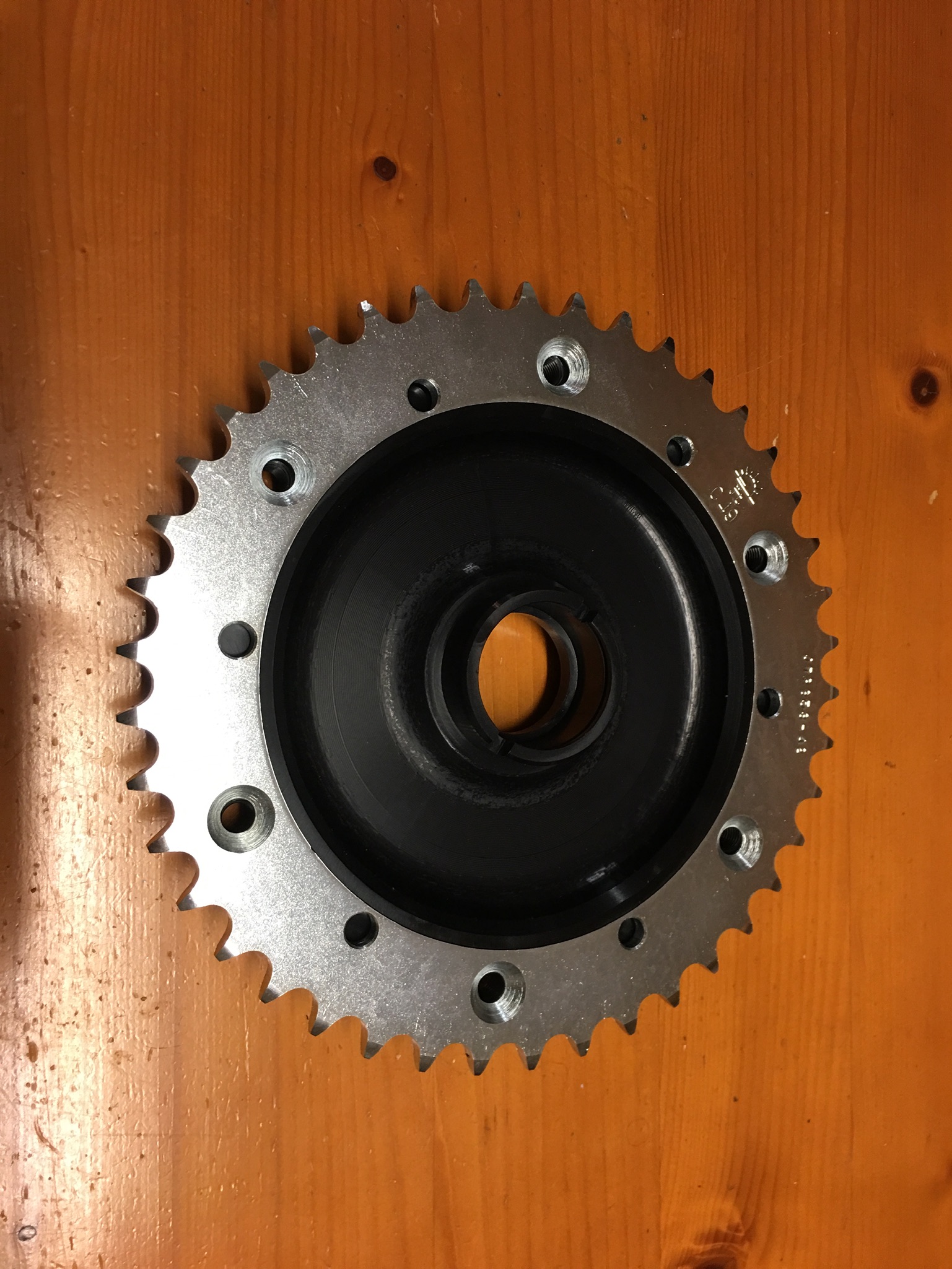 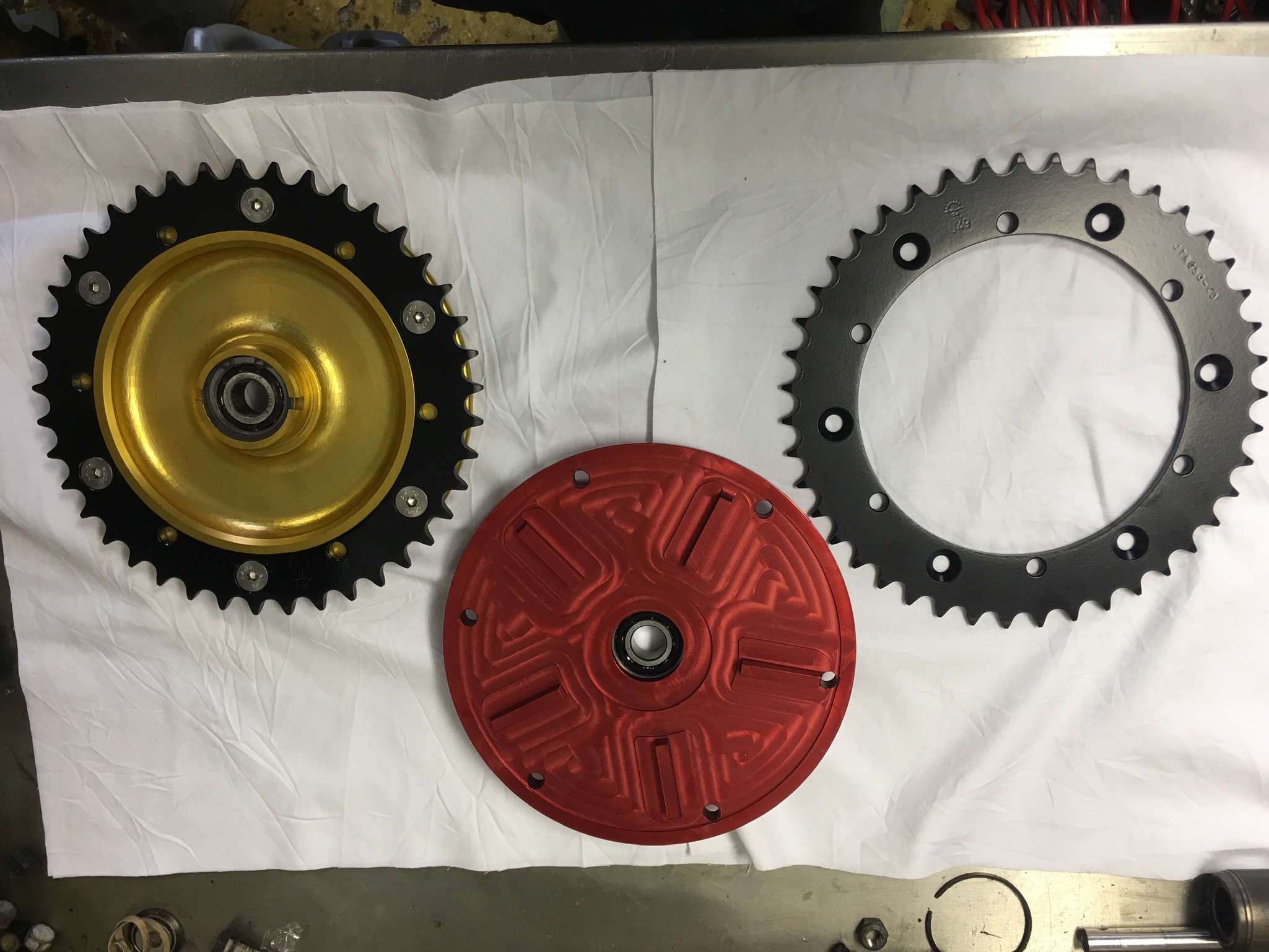