I have just ordered some new tank grips for my 1949 ES2, the originals had a metal plate inside making them keep their shape, the new ones are rubber and do not stay to the same shape of the tank when the single bolt is secured. Has anyone else fitted these and what have you used to secure them to the tank. Many thanks

I had the same problem. You might try immersion in very hot water then fasten with the screw and tape the rest to shape overnight.

The only thing I found that worked for an adhesive is a product called " Shoe Goo " -  meant for refastening soles on shoes . You must be certain to clean the grips to remove any mold release agent and clean the corresponding surface of the tank to remove any wax and oil . Also scuff up the back of grips with coarse sandpaper.

Using this method mine have stayed put for many years now.

I might add that I am in the USA - I don't know if this product is available elsewhere. 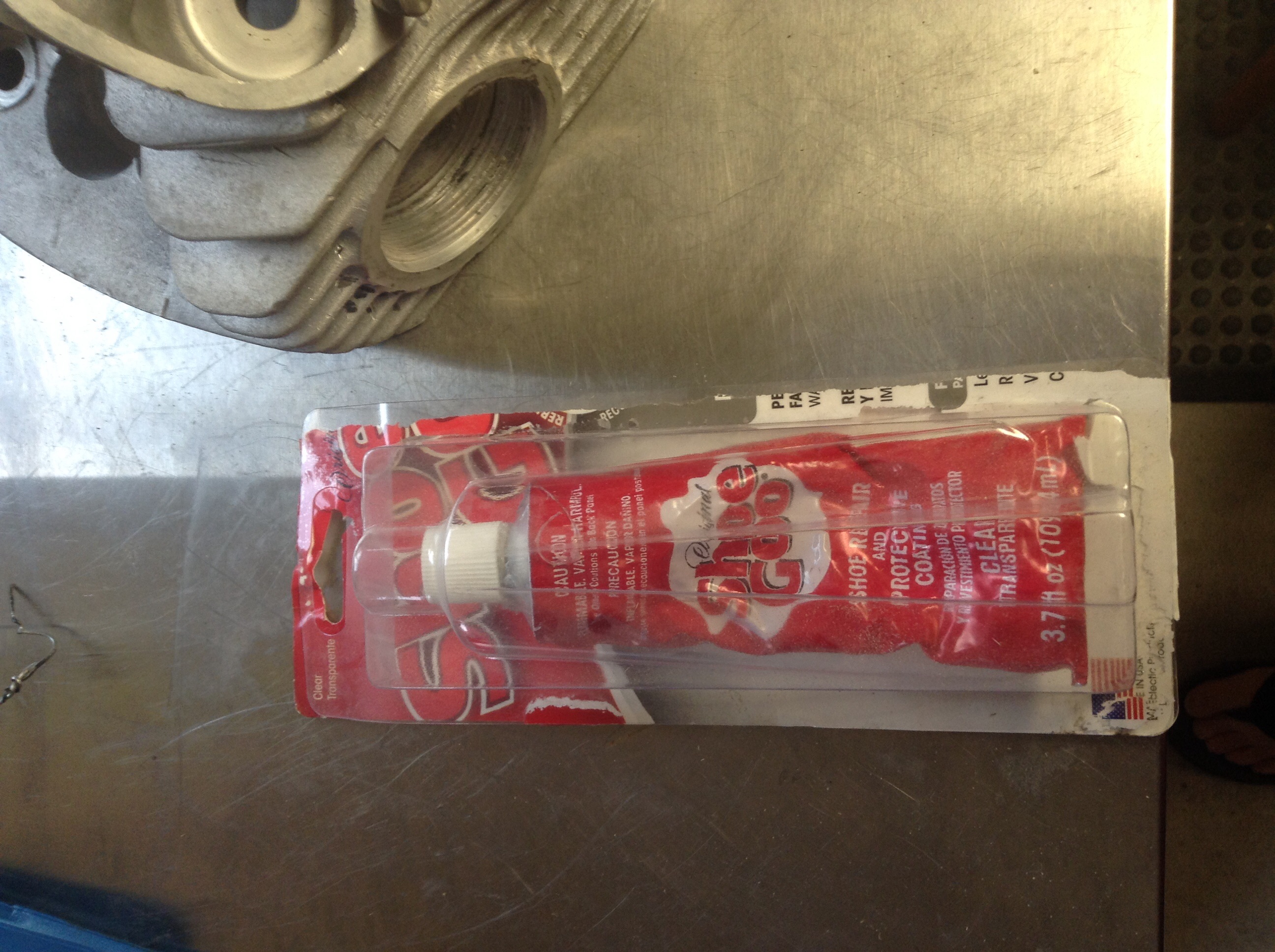 And the results after many…

And the results after many years- 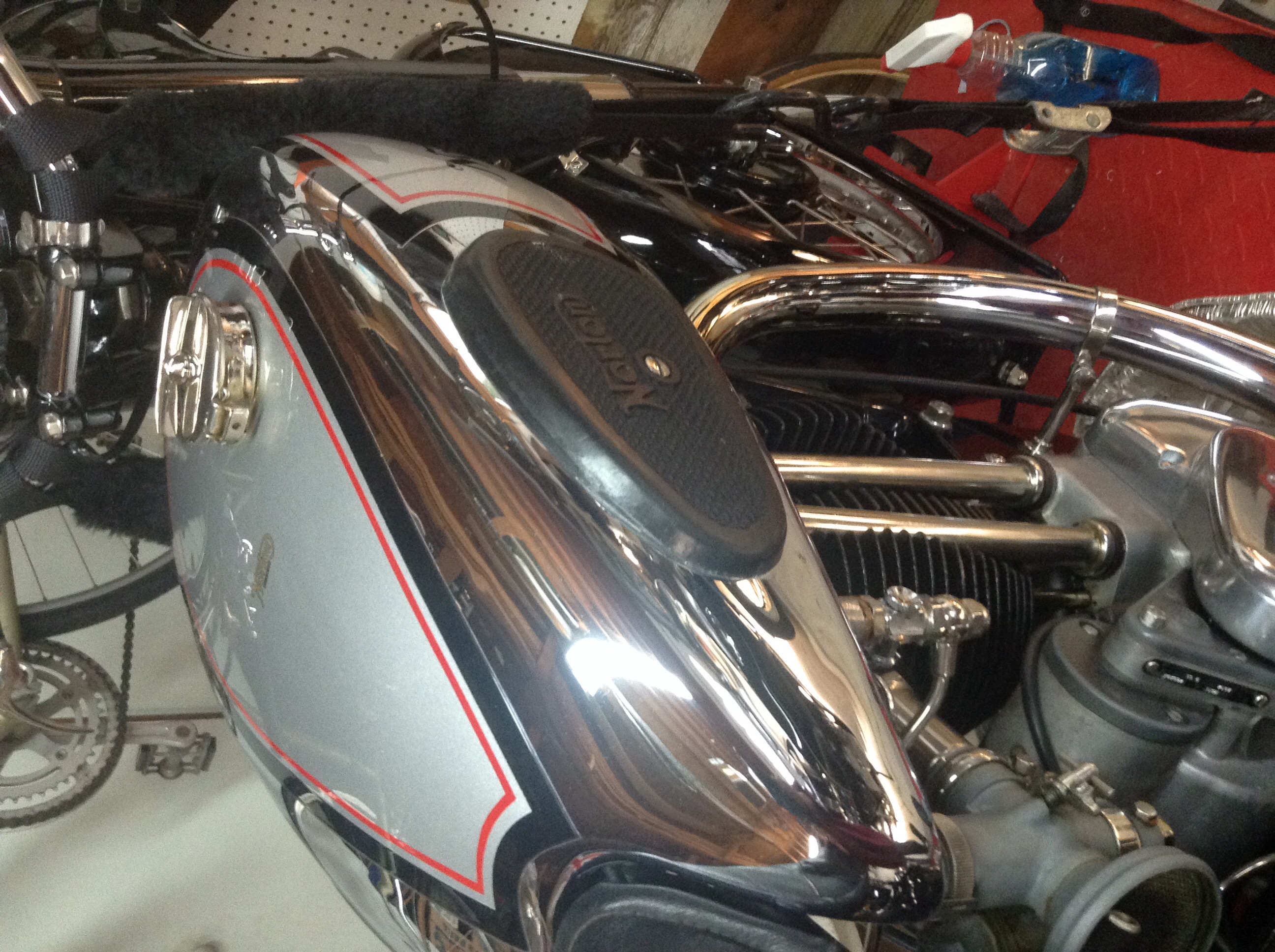 I'm surprised at the metal…

I'm surprised at the metal plates.  Does anyone else have these?  Mine on a 1937 16H recently recommissioned appear to be original - probably at least 40 or 50 years very old, since the bike was last used in the 1960's - and had no plates as far as I can tell.  But they did fit a bit better to the tank shape than new ones.  The moulding patterns are identical (I don't know if Jeff and Alan Hunter have original moulds or take patterns, but suspect original...).  They are pretty stiff, and I cannot imagine why Nortons would have wasted money on stiffening them even more with steel

The George Dance type from the 1920s and 1930s have a steel plate whose location can be altered by re-drilling holes.  Then the knee grips fit on the plates.  But they were after-market accessories for racers (and those with racing pretensions).

My 1938 ES2 has plates. These were new old stock and fit really well just using the single screw. I tried the ones without but was not satisfied with the fit or security.

Authentic reproduction knee grips with the internal metal plates are made by Jeff Hunter Engineering in Birmingham. I don't think he has a web-site but his phone number is  0121 745 1954. He also attends several auto-jumbles through the year in England and has a comprehensive range of rubber components for many vintage and classic bikes. His products are very good quality, but the knee grips are around £40 a pair.

Well thanks, Colin - we live…

Well thanks, Colin - we live and learn (slowly...) - I just tried a magnet and found that my old ones do have metal inside, and what's more the recent replacements from Jeff and Alan Hunter do also!  So I suggest Michael tries the Hunters...

The only difference I can see is that the old ones have three sockets in the back.One in the middle to take the normal single centre screw, plus one 2" in front and another 2" behind.  I've no idea what those are for unless the designer intended the tanks to have a couple of projections to prevent the pads from twisting round?  The new ones only have the single middle hole.

These may be for the 2 screw fixing like on my 1952 ES2. By the way, I've used Jeff Hunter's products for years and they're excellent quality - and he's a nice man to boot.