My leak may well be from the washer - even though I have changed it... but can anyone tell me what this cut out in the mixing chamber body is for and why it exposes a hole in the jet block? Is this normal?

It's a key way to locate the…

It's a key way to locate the brass jet block in position. It's normal.

The sealing washer only seals the nut against the jet block. The jet block should be a good push fit into the carb body.

I was just too lazy - sorry!

I should have done some reading up before wasting your time posting this question! I see now how the overflow hole works and how the float setting may be the key - I will look at that tomorrow. It is also possible I only noticed this because I had the bike on a raised stand and tickled the carb when I put the tank back on. Without starting the engine the extra fuel had no where to go. If I had waited long enough therefore the leak should have stopped (unless the float was not functioning properly). Tomorrow I will also try turning on the petrol tap without then tickling and in theory there should be no overflow leak..... being a newbie to Nortons is fun!

Is it a 276 ? Does the reference number have an 'R' suffix ?  On the 'R' bodies (generally not used by Norton, I believe) the slot was elongated to act as an overflow. However, the float level should be lower than the top of the mixing chamber nut which generally means that if fuel is escaping, it is because the float needle is not shutting off properly.

They all do that sir!  When…

They all do that sir!  When running they stop.

If it's the usual spigot mount, make sure the carb is level. It might sort itself out. But with my Inter (different carb but similar principle) I flood it and then turn off the fuel tap and turn it on again as soon as it starts.

I'll do that - turn off the fuel after priming and then turn on when running - I'll report back later today with a progress update....

So, first of all I could NOT get the top off of the float chamber and didn't wish to risk damaging it by forcing the issue and deforming the whole thing. I took off the bolt at the bottom and in its well there was a load of green sludge! I cleaned this out and sprayed carb cleaner up into the float chamber and also down through the top - gave it a good shake and could see the float rise and fall as I pressed the tickle button. I have no idea if there are any particulates in the way of a good seal for the float needle or if the float itself has a puncture, but when I reassembled everything and turned a tap on the carb body leaked worse than before!!!

Before I force the top off of the float chamber can anyone advise me how easy it is to get replacements? I have no idea if it is a type 276 as Richard Payne asked as there are no numbers I can see - pics attached...if any one can confirm for me how easy it would be to pick up a spare replacement float chamber....

...you haven’t undone the thread spreader?  The small hex stud on the top.  It distorts the thread to lock the cap on the float bowl. ​​​​

If that’s not it, then drop it into a boiling kettle of water or vinegar (removes calcification). Then hold the large hex in a vice jaw protection but not soft) and use a strap wrench wrapped around the bowl to hopefully release.

Rarity of these bowls depends on the angle of inclination of the  connection piece to the carb.  0 ,5 & 15 degrees if I remember.  0 are common, 5 not too common, 15 as for Internationals, which makes them expensive.  If it’s 0 I got some that may suit.

The good news is I have found a complete 276 carb in a box of bits that I was given with the bike... I was able to unscrew that float chamber and release all the inner gubbins so I can with greater confidence try again to open up the original. I had earlier taken out the small hex nut, but hadn't appreciated its function - so much to learn! I've left the carb on its side with a liberal coating of ACF50 around the rim of the top, which I hope will penetrate into the thread - updates tomorrow night!

I must admit that I don't recognise the casting in your photo Ramon - I've never seen a 276 with an Amal logo cast in and the smoothness of the casting reminds me of the licence-made German Fischers but there are other aspects which don't conform with their production...Did Amal make the 276 type in Spain too ? Usually, the type number is stamped or cast close to the inlet on stub-fixing mixing chambers.

Below, I've shown the difference between the 276'R' on the left with the high drain and the early 276 (no-R) as usually fitted to Norton. (They're opposite hands, but this has no effect on the illustration). The Norton carb usually, it seems to me can only overflow into the inlet tract. 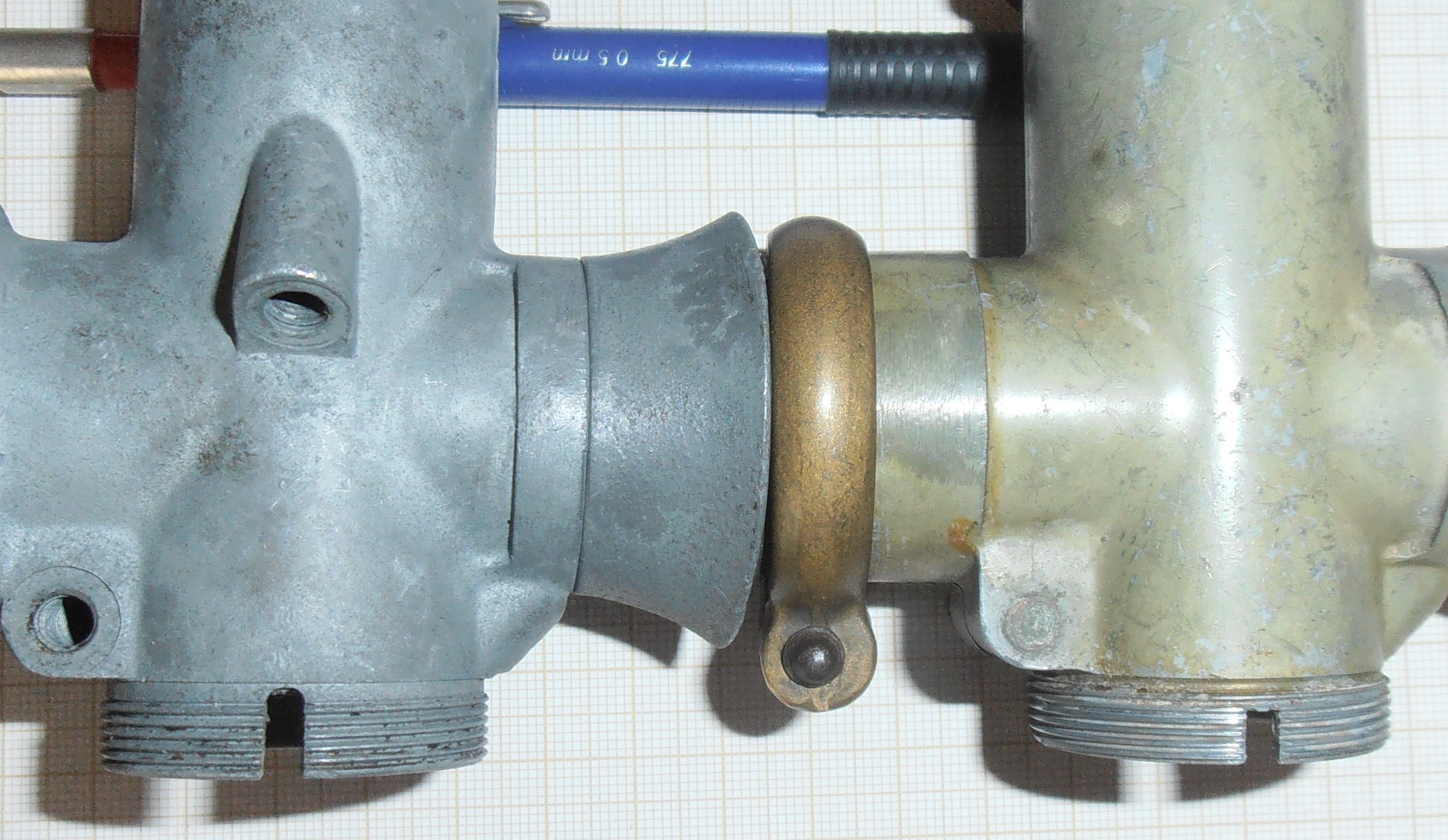 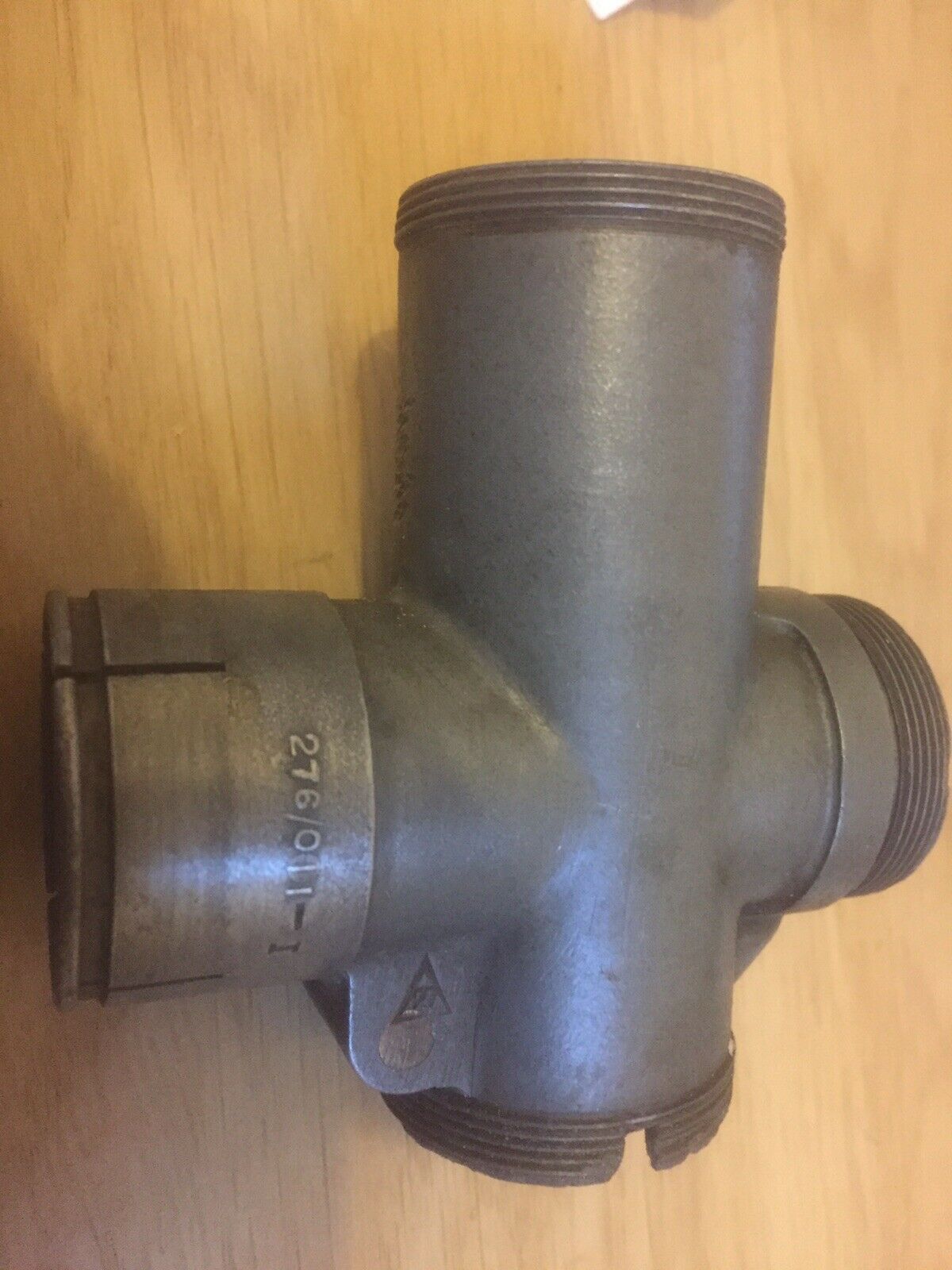 It seems to be an 276R type I have as the cut out is like the one on the left above. The two float chambers I have are slightly different - the spare one from a 276 has a brass rather than plastic float and the needle valve shape is slightly different.

After much buggering about I seem to have gotten the leak down to a mild wetness when I stop and turn the tap off. When I turn the tap on at first there is a drip of about 3 second intervals but this stops of its own accord - must just take time for he valve to bed in. I have the float on the 2nd (lower) needle position.

Anyway the bike started and ran well up to the local village barn and back and wasn't pouring fuel when I stopped and turned the fuel tap off. It's a bit disconcerting to think such a fuel drip is right on top of the spark plug lead exit underneath - I have wrapped a bit of self-sealing rubber tape around that junction!

I have taken the brass union joints off of the 276 and replaced the chrome looking ones that were on the 276R and think this looks better!

Thanks for all your help guys!

END_OF_DOCUMENT_TOKEN_TO_BE_REPLACED

2021 NOC Calendars - now in the NOC Shop!
How to order parts from the NOC shop
New Parts Available - Wheel Spacers - Stainless Steel
MAG - Yorkshire Pudding Rally: ‘What a great weekend, thank you!’
Join The Hunt For The Best Norton Owners T-Shirt In The History Of The World!
Sump plates with magnetic drain plug - back in stock
Roadholder magazine binders - Back in stock
END_OF_DOCUMENT_TOKEN_TO_BE_REPLACED