My 1955 Dominator has some damage to combustion chamber. I have sourced a bare donor head that looks perfect. can I swap the parts over from my damaged head to the donor, lap the valves. the new donor looks identical apart from the number on the top T2226 on my old part T2225 on the donor part. thanks in advance for any help on the project.

Hi Thomas - I've never seen a head with the number T2226 (and I've seen a lot !).  Are you sure that it's not a badly cast  5 that may appear as a 6 ? I'll keep searching through my notes . If the seats are ok in the replacement then swapping the parts is easy and fairly simple.  The T2225 head was fitted to Model 7's and early 88 Dominators.  Cheers, howard

T2226 is not in my list of cylinder had number either. As Howard says most possibly a slightly naff casting number.

There were two versions of T2225 head manufactured. Both in Alloy. The first being available to special order in 1953 and then generally crowning Norton 88 & 99 engines from 1955 onwards. The second revised version was produced for 1957 models onwards  and differs from the first by having parallel finning at the front between the exhaust ports. On the earlier engine it was stepped in this position.  See attachmed photos.

All the working chunks of any of these engines are interchangeable. So valves, springs. collets, spring cups, rockers, spindles and tinware. The studs from the very early Iron engines have different threads so most cannot be used.

Yes it’s a dodgy 5 you are both correct. And will check the new head see if it has the later fin upgrade, I assume it’s for better cooling. I stripped the machine back in 2006 and life got in the way, so forget about how it fits together. Anyway that’s why I stayed a member thousands of brains to pick.

Has the extra fin

The donor head has the later fin setup, I suppose it was for extra cooling.

Attachment is a Mk 2 Model 7 cylinder head but almost everything is the same as the Mk 3 & Mk 4 Model 88 & 99 versions. The latter being the same as your head but with more finning at the front.

If you stand your cylinder head on its side will replacing the rockers, washers and springs, these will stay in place while the rocker spindle is inserted. Heat the head in the oven until hand hot,  before starting this process, and the spindles should slide in quite easily.

So easy....T2225 is the number of ONE of the 13 head casting molds. Notice T2225  is gone once the picket fence side head came out...the casting mold changed!

Photo of the head 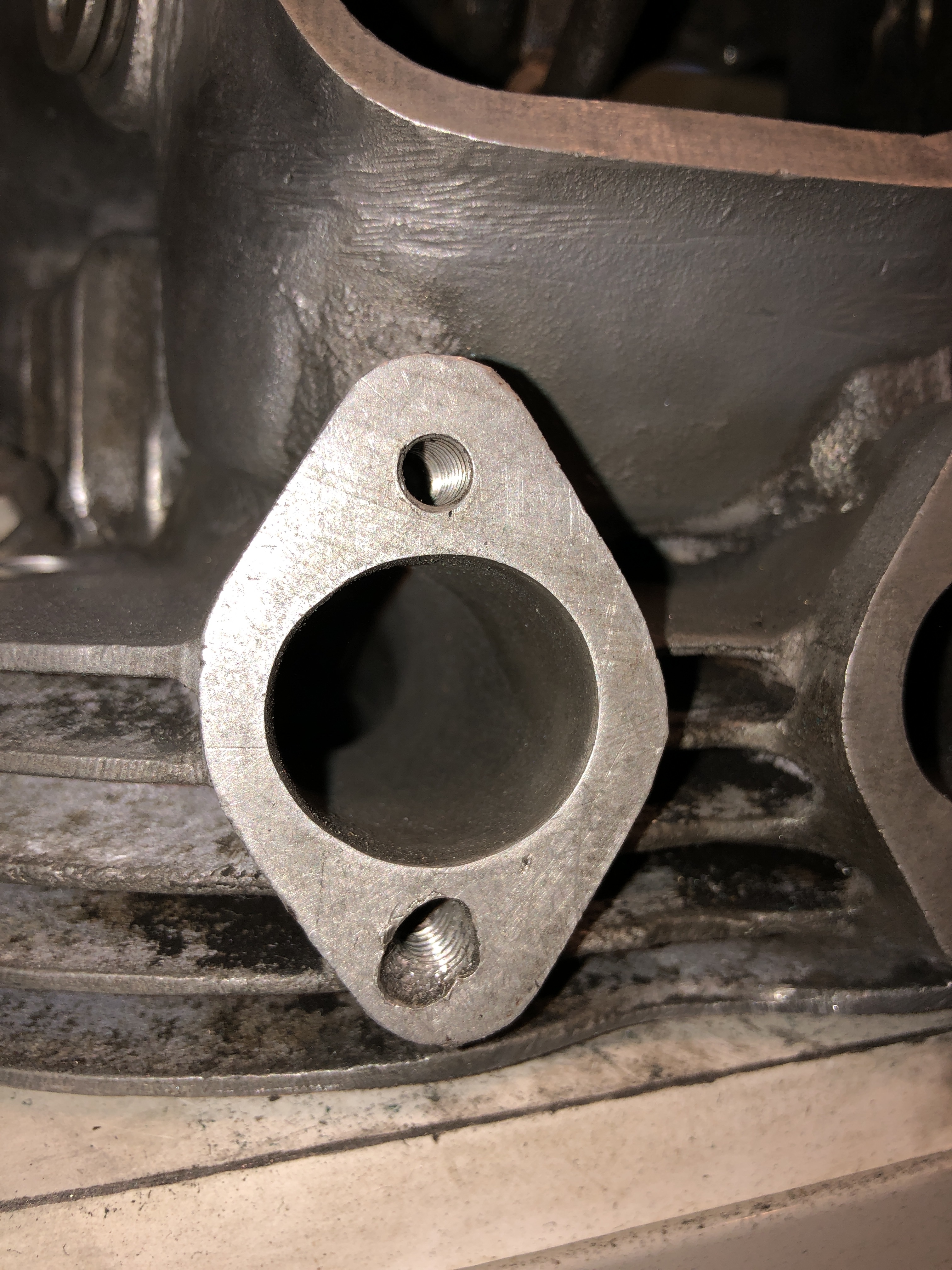 Do I try and fix or leave it…

Do I try and fix or leave it, the stud go in strong. And if a fix how? 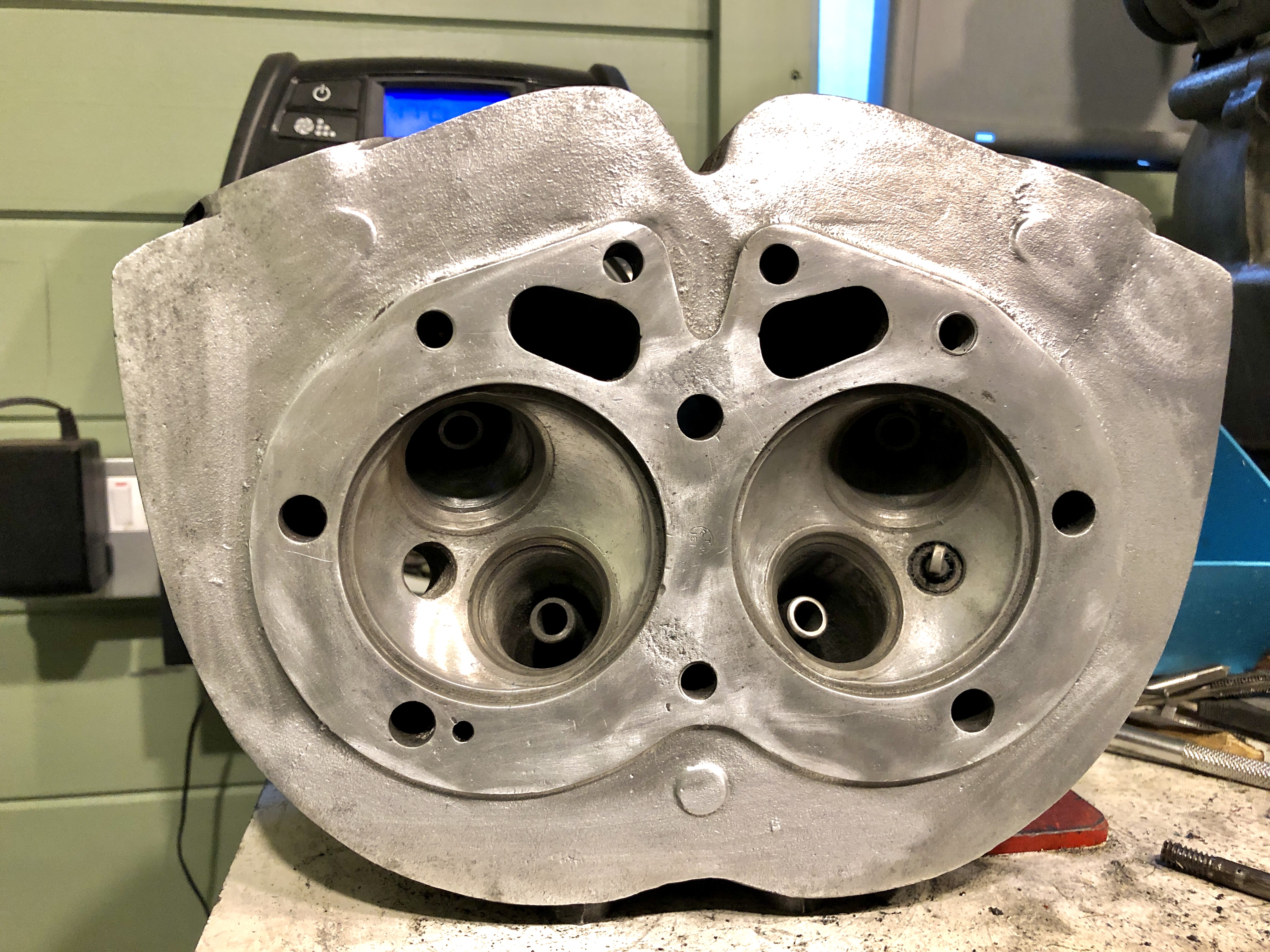 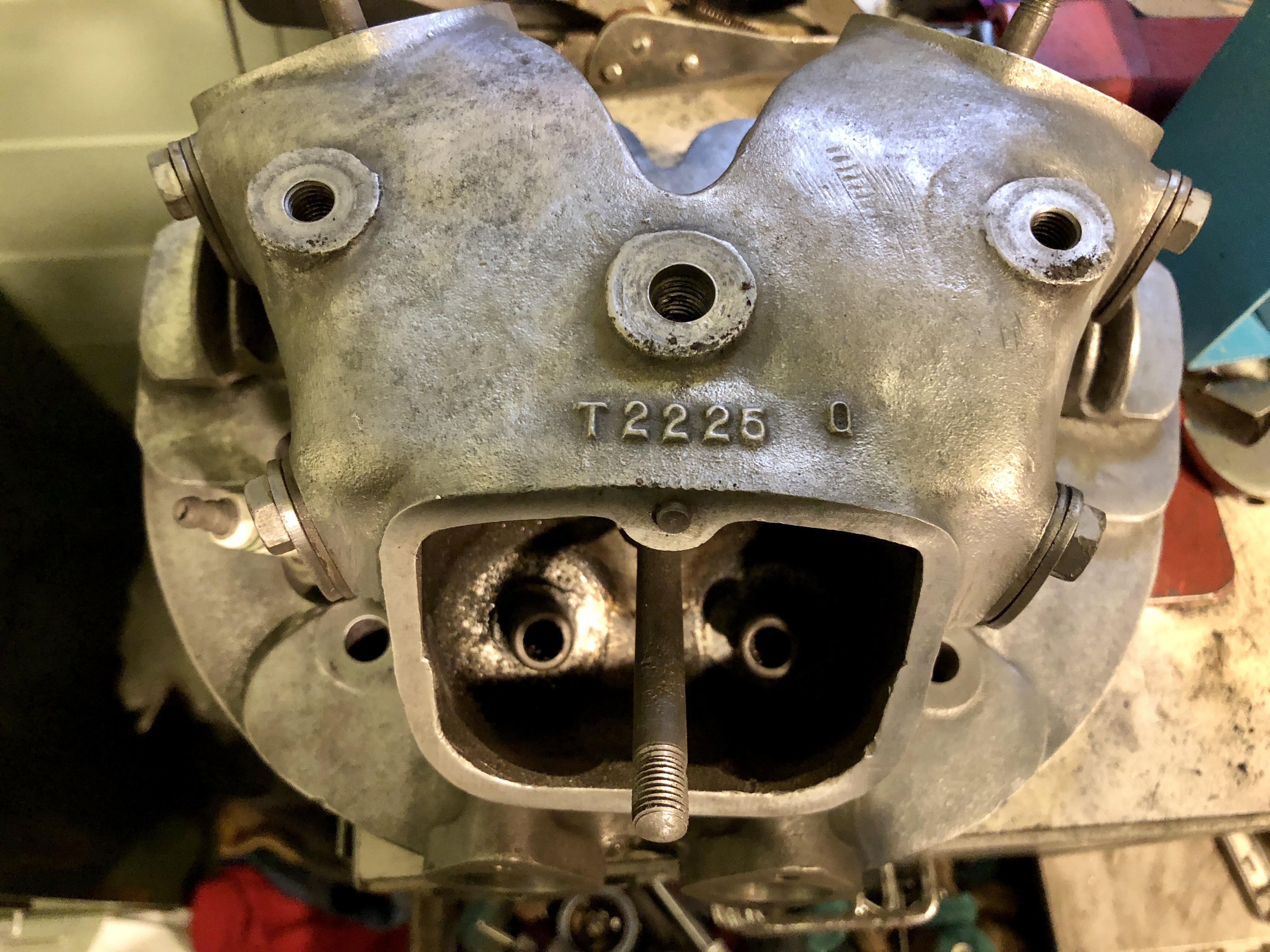 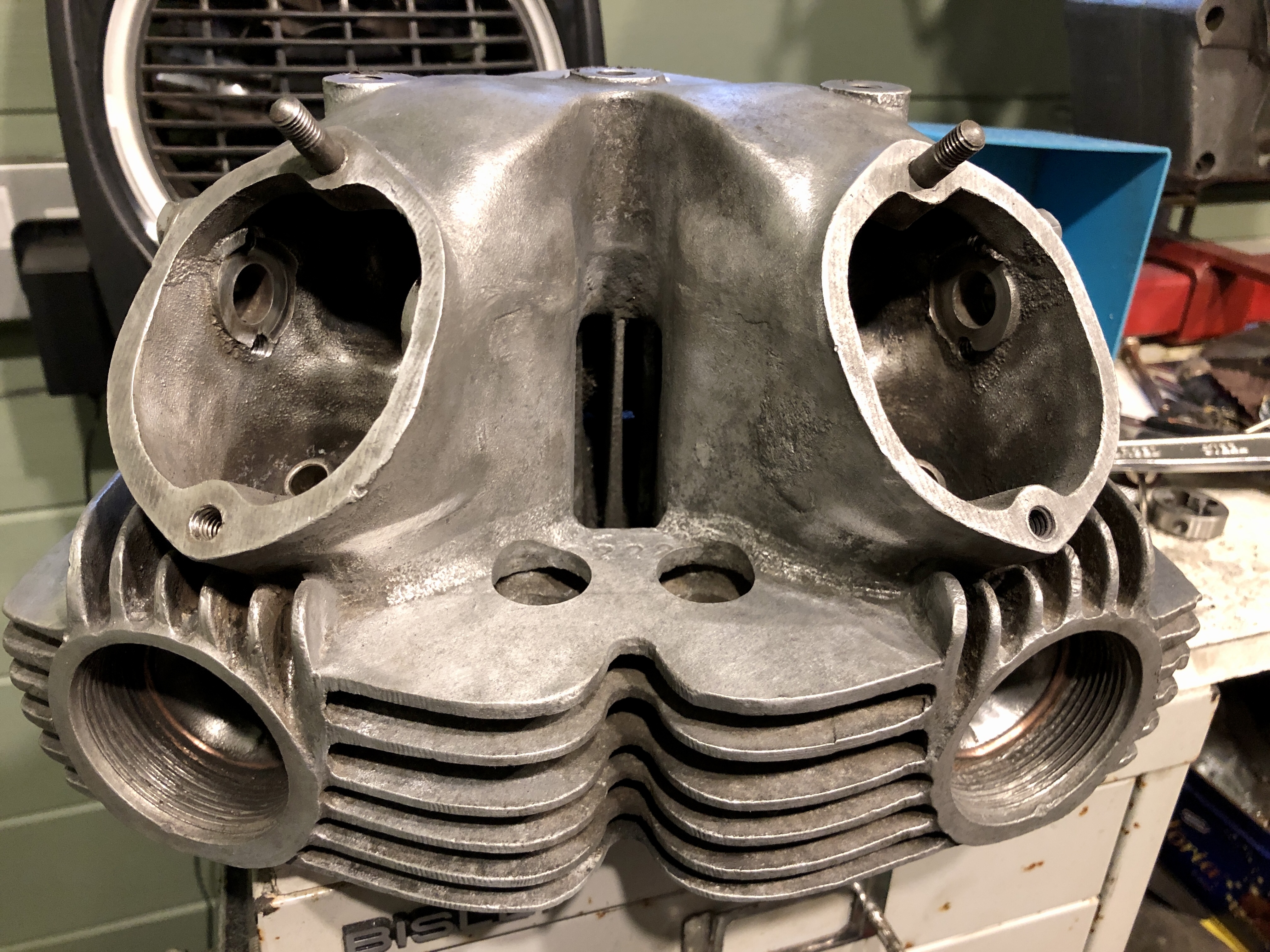 The thread in the inlet port…

The thread in the inlet port doesn't look too bad to me, I'd be running a tap down it (the correct tap) being very careful to remain square to the flange and then screw the stud in and try it.

If the thread is stripped out and won't hold a stud, then a helicoil could be the answer (other makes are available).  Helicoils are very easy to do and repairs the thread back to the original size and form.  I believe a helicoil is also probably stronger than the original thread into aluminium - but will stand corrected if wrong :)

Yes spent today cleaning up all the head threads, the   Manifold holds tight, so will insert the stud with some heavy duty thread lock. Amazing how people don’t keep thread clean. I like to be able to bottom a bolt by hand before using a tool. Thanks