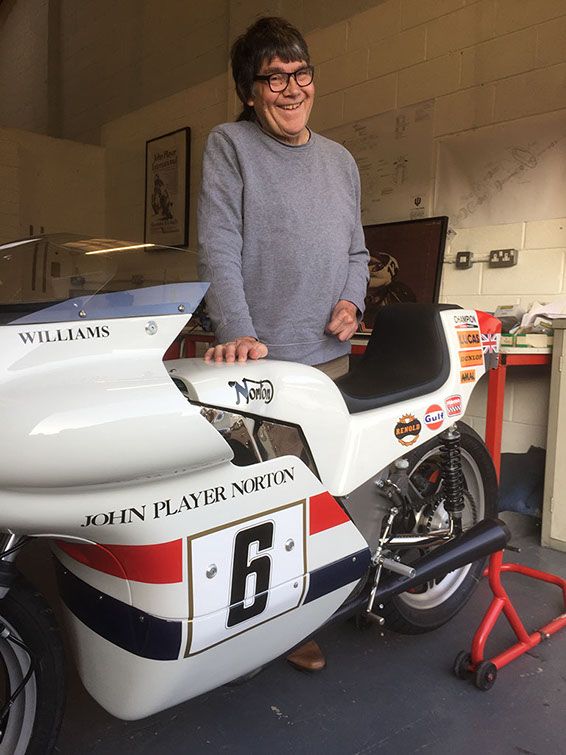 It is with great sadness that we have to report that our popular and highly respected Vice President Peter Williams passed away on Sunday 20th December. Peter has been an active supporter of the Norton Owners Club as a regular attender on the Club stand at shows and events, and always took an keen interest in the affairs of the Club

Peter’s racing success on Norton Motorcycles was not only a credit to Norton but really only happened because of an unusual combination of Peter’s supreme riding skills and engineering brilliance.

Peter had been unwell for many months but during that time he maintained his regular contact with the Club particularly through our former Vice Chairman, Barry Owen.

Our sincere condolences go to Peter’s family at this difficult time.

Peter will be greatly missed.