I wondered if anyone can give me some advice regarding oil leaks from my 1946 Model 18 gearbox?

I have a couple of steady oil leaks, with oil collecting on the right hand frame rail.  When I came to drain the gearbox oil, over a period of months virtually all the oil in the gearbox had leaked out, indicating that the leak was very low down in the transmission.

I cleaned the gearbox case, removed the outer cover and filled it with 20W50 to see where the oil is coming from.

It appears to be leaking from two places; the shaft for the shift on the front of the transmission, and the stud/nut that holds the outer cover in place (at the very bottom of the cover).  I guess this second leak would explain why all the gearbox oil had leaked away.

I removed the gearbox and took the shift lever off.  I found a very brittle seal surrounding the bushing, which promptly broke when I touched it.  Has anyone found a modern replacement (O ring perhaps?) that provides a more oil tight solution?

With regard to the leaking stud, I could remove it, clean the threads and reinstall with some aviation gasket or equivalent.  Is this likely to stop the oil weep?

While the transmission is on the bench is there any other work that I should do by way of preventative maintenance?

I was thinking that I could remove the inner gearbox cover and check that the mating surfaces are flat and reseal with a modern sealant. I could also check to see if the stud has been over-torqued in the past, pulled up slightly, and deformed the casing; going some way to explaining why there is a leak from the stud.

It doesn't look like there is a gasket between the gearbox body and this inner cover, I can still see traces of shellac on the joint.  If the transmission is secured on its back, can I carefully remove this inner cover, without causing further problems, dropped shims, loose components, etc?

I have attached some pictures to show where the oil is leaking from, and, thank you, I greatly appreciate any advice.

These gearboxes, like the earlier type, have always been a problem retaining oil. The lower selector gear spindle bush is probably worn, which will allow oil to leak. Originally the seal in the groove was felt which got soaked in oil and provided a rudimentery seal. You could fit an O ring in the groove, but try and get a square section one that is oil resistant. You will have to check the thickness you need. The lower stud leak could be caused by a cracked main casing around the stud hole inside, so check this when you take off the end cover. If it is, you could "loctite" the stud in place. I guess, by your terminology, you are in the USA , so parts may need to be sourced from the UK. I think www.racingvincent/norton sell gaskets for the end cover, but you will need to shim the shafts to suit this. You can take the end cover off with the box in the frame, but if you need to replace any driveside bearings you will need to have the whole box out. Best to put an old towel on the floor when you take it off just in case any shims have been fitted. The oil should be a mono-grade SAE 50 or perhaps a modern fluid type grease. Do not use a hypoid oil as this is corrosive to the bronze bushes.

I am reconciled to the fact that these gearbox's tend to leak, if I can have it leak less I will call that a win!

It sounds like I should take the inner cover off and see what is happening around the stud, Loctiting it in place makes a lot of sense.  Replacing the original seal on the lower selector gear spindle bush with an o ring is probably a better solution.  I will see what I can find.

I noticed when I removed the clutch basket there was some end play, do you have any suggestions as to what is an acceptable amount?

Located in a very wet British Columbia, greatly appreciate your detailed reply and advice, many thanks!

Lovely part of the world,…

Lovely part of the world, where are you in BC? 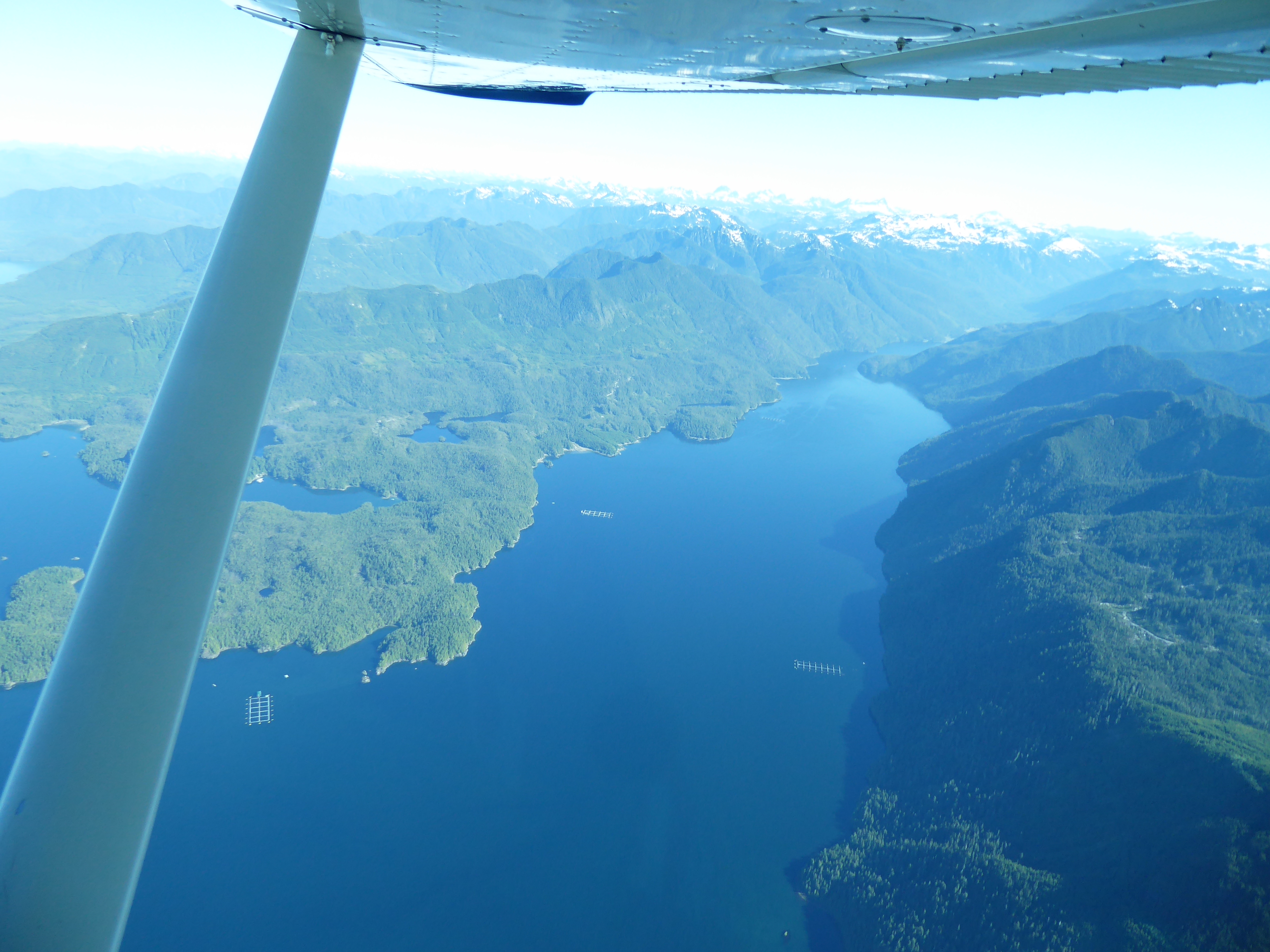 I am on Saltspring Island, just off the eastern coast of Vancouver Island.  Looks like you were flying over the coastal ranges in the early summer.

Great country, but the UK winter is cold enough for me !

The end-float on the mainshaft needs to be around 20 thou (0.020") and this is controlled by the bronze thrust washer between 3rd and 4th gear wheels, and any additional shims required against the right hand bearing. The bronze wears fairly quickly so will most likely need replacing. If you want to go to greater lengths with the bottom selector spindle leak, you could machine a groove part way along the spindle so a suitable O ring would be within the confines of the bush.

Thanks for the specifications, much appreciated.  I will measure the end float tomorrow and see what I have...

That's a great idea regarding the o ring groove.  If I end up pulling the gearbox down that far, I think that this would be a very sensible modification.