Some time ago I saw an Electra rear mudguard appear on ebay (don’t remember the final price) but some of the details in the description caught my eye, so I noted them down. In comparing it to an Atlas rear guard, it read in part “The chain clearance is on the left like Atlas, but it is about 4" taller than Atlas. (The previous seller) drew a line with magic marker like he was going to cut 4" off the front of the rear mudguard and use it on an Atlas. Total arc length is 49-1/2".

It was definitely Electra, as he mentioned the 3 tabs for the regulator mount, and the lack of a (Slimline) dzus fastener.

I have an original electra rear guard, which has also been hacked about in an effort to fit to a Slimline, so would be interested to have that arc length confirmed (or not), in order to get some fresh metal added.

Photo from the ad 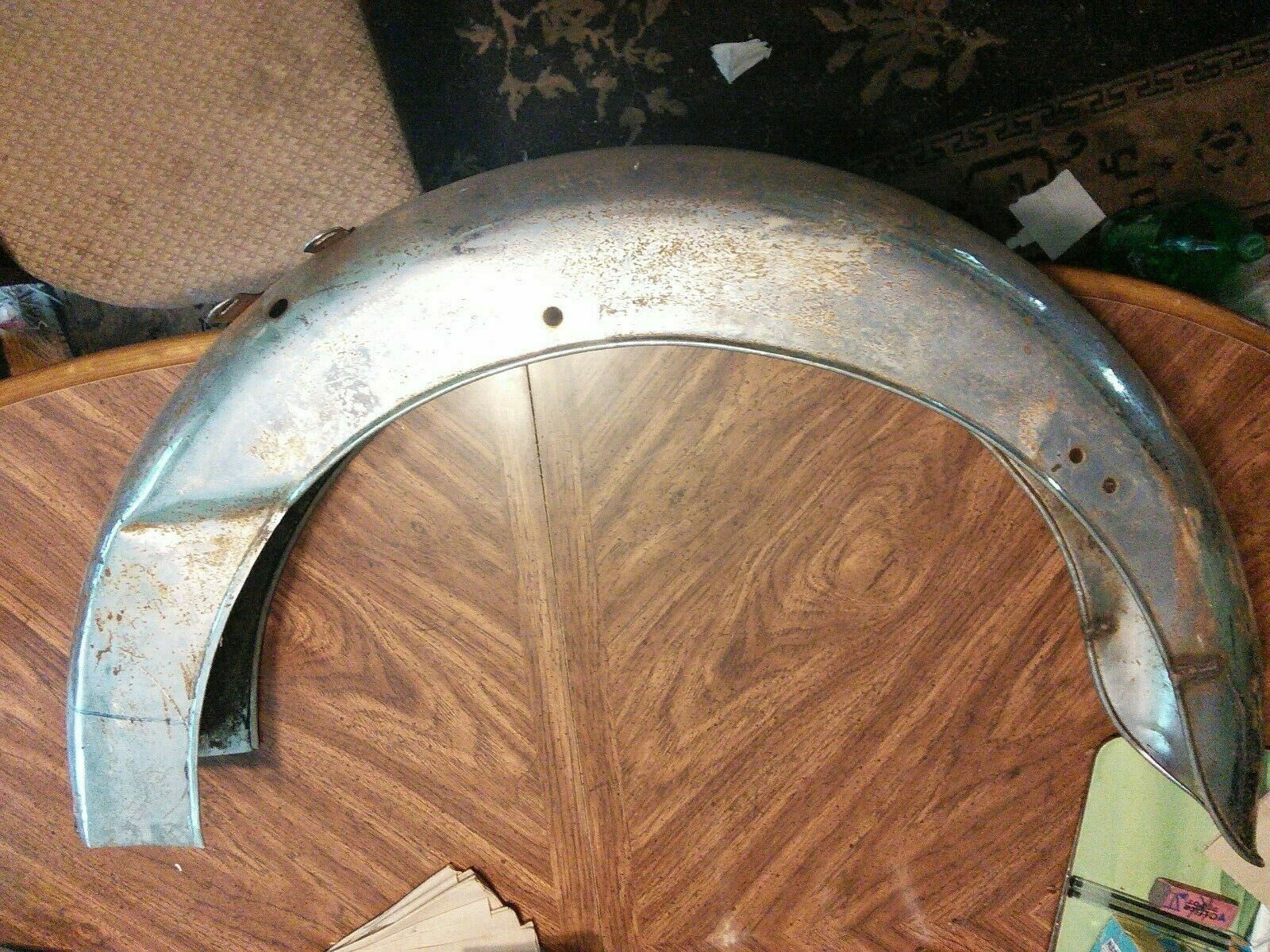 Michael, My measurement of…

My measurement of the mudguard arc length is 48 and 3/4 inches. (This is measured on the bike and is measured diagonally avoiding the rear number plate, rectifier, etc.) Hope this helps.

You're really getting into these lightweights.

The Electra rear mudguard/fender is the same pressing as Navigator or Jubilee. So if anyone has one of these handy, they could give you the arc measurement you want.

Virtually impossible to measure arc when mudguard fitted to bike, otherwise I'd venture out through the frost to the garage.

Thanks David & Peter for…

Thanks David & Peter for your comments. I'm hopefully picking up my Slimline Atlas petrol tank soon from some repairs at Heritage Motor Works (named in the Services section), so I'm thinking of dropping off the rear guard, and a measurement would be good to have.

David, thanks for taking the trouble to measure for me; as Peter says its not easy in situ. I might opt for the slightly longer figure- its easier to trim it down than to add yet more!

Guard will have to be rechromed at some point, but thats a long way off. Not even close to a rolling chassis yet:-(