I have a 2012 961 5,500 miles. I was out on it last week doing 70 mph along the motorway. I suddenly lost all power. Once I'd come to a stop I noticed that there was no display on the 'dash' just as if the battery had been disconnected. After a few minutes when the key was turned the display appeared with neutral and oil lights appearing (but not engine management one). The engine turned over but didn't fire. The RAC man established that there was no spark and no power to the fuel injection unit. One of the fuses, top right which I think may be for the  under the rear seat had blown but replacing it made no difference.

Has anyone had a similar experience and any idea as to the way to recovery, please? Thanks.

Knowing absolutely nothing about a 961 ,I would look around for shorts ,damaged wiring,overheated components .

Relays, they used cheap Indian rubbish, there is a Honda reliable replacement. Number of relays depends on year. There were also fake Bosch injectors and sensors used, replace with genuine.

Was that deliberate ploy? If so people need to be charged with fraudulent practices.

Can you read the ECU errors?…

Can you read the ECU errors?

Yes, it was deliberate,…

Yes, it was deliberate, courtesy of Garner. He stopped it when the penny finally dropped the warranty work from all the bikes that failed before the first service. There is comprehensive list of what needed changing on Access Norton. Even then you are left with  dodgy clutch pins and the incorrectly engineered mounting of the starter gear ring.

A big hank you to everyone who gave their help. Much appreciated. Cheers

What was the problem?

Was there a conclusion to the problem?

We will never know!!

We will never know!!

Possibly the giggle pin slipped on the laughing shaft, they were bad for that I believe

hello these 961's were a none starter from day one  and plagued with many issues  some owners have experienced  8 MoT related Issues with the first six months of owners ship  And taking the motorcycle back to the makers did not rectify  any of these issues  But just made thing worse for the owners   so were do you go from here,                                   yours  Anna J

What would happen if you took off all the fuel injection and electronic ignition stuff and replaced it with old school carb and points?

In the UK I would presume that the bike would then not pass the MOT???

Could you then take the bike to France/Spain/Portugal and get it registered and then bring it back home on a "temporary" basis?

Would probably mean a lot of trips on the ferry?

p.s.: What would be the outcome of getting caught riding "dirty"?

Emissions aren’t checked or recorded on a bike MOT

"None Starter", sorry Anna you are way off the mark with that comment.  Certainly they have had their problems but I for one will never be getting shut of my Sport 961, of course I have had issues with mine but all non Japanese bikes get faults, that's a fact of life and if you don't believe me look on the forums of any European made machine.

I was talking to an old fella up at Devils Bridge yesterday and he was telling me about his brand new 650ss that quite literally drank oil. He went down to Bracebridge Street and they gave him a new set of rings to put in,which made no difference at all. My three Commandos all had major problems, the Fastback broke a cam follower at 5000 miles, the 750 Interstate ate it's main bearings at 4000 miles, and the 850 Interstate rattled it's valve guides loose at 13000 miles. The point of all this is even old Nortons weren't perfect but some people repaired them and stayed loyal to the brand because there was just something about the bike that really appealed to them, and they were quite happy to forgive the manufacturer and carry on riding Nortons, some for the rest of their life.

The 961 wasn't a 'non starter' it was a slightly flawed engine within a great chassis and running gear, much like Norton's Jubilee and Navigator, and if social media had been around in the sixties some of the Norton bikes of that time would have got a slagging off I'm sure.

Spot on Peter. People tend to look back with rose tinted specs at earlier times with the Norton models around then forgetting the technical problems experienced. I’ve had a 650ss and three Commandos (still have two) as well as my 961 Sport Mk 1 which has had few problems all of which were small and easily fixed. For handling , performance and comfort the 961 has it over all the other Nortons I’ve had.

Anna, instead of listening…

Anna, instead of listening to other people's comments why don't you buy a 961 for yourself and try it , 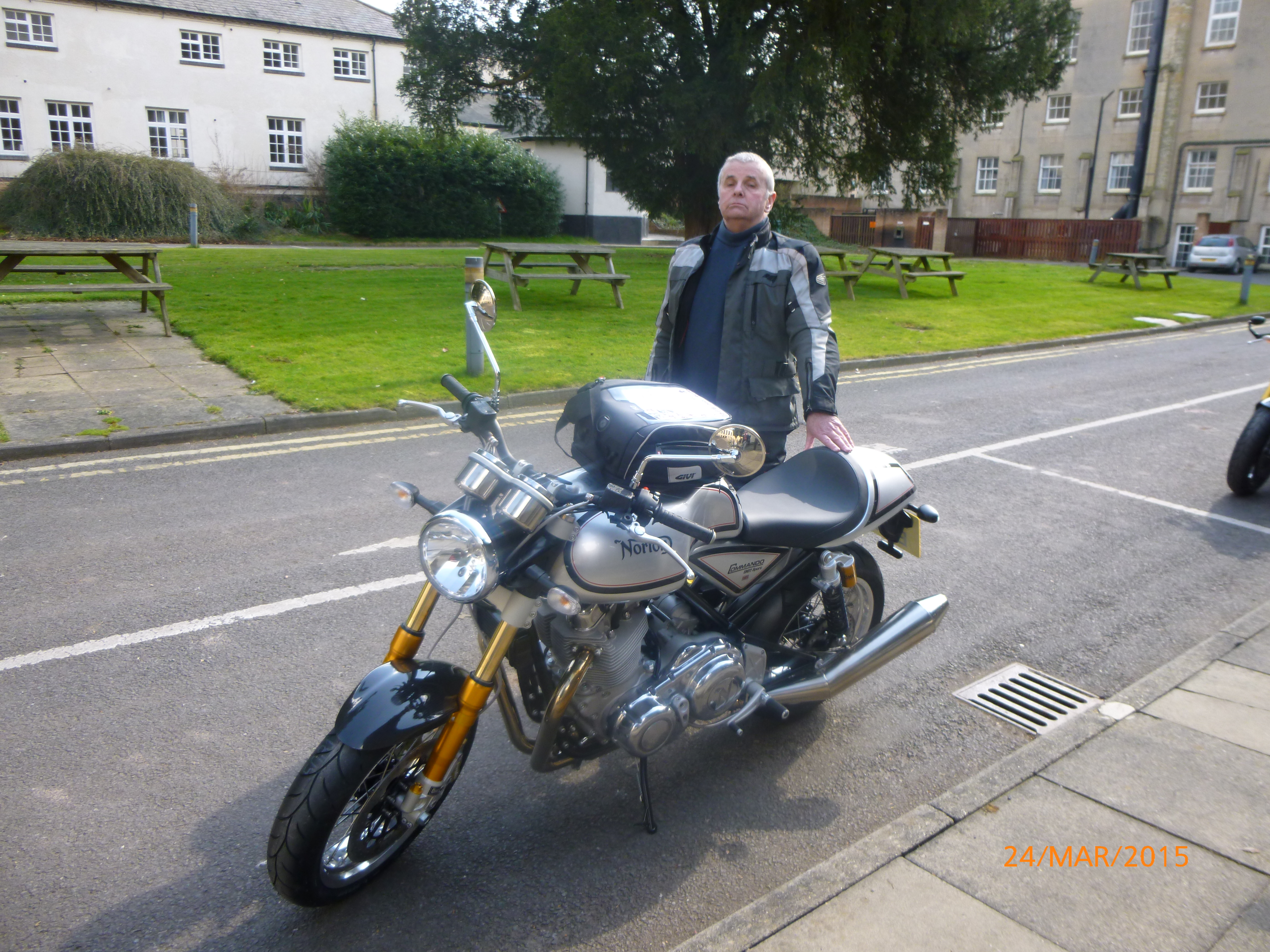 Month after purchase flew it to Nova Scotia ,3 months &  8500 miles later shipped it back from Seattle , only near miss & hic up was me filling it with diesel on arrival,soon soughted though with a friendly Canadian , yes it’s a quirky bike that’s not entirely faultless but most of us modern bike luver,s just get on with it

In  case it has esaped you, this started as a serious request for help and advise by a member with a real problem. We all know that the build quality and aftersales service with Donnington Nortons often left much to be desired, but as usual you fail to address the plea for help and spoil things with your remarkable ego

You love the manxman, that is your perogative, me I think it the ugliest version of the featherbed twins by far. I don't feel the need to belittle you for your choice .

If you have any informed advise to offer Gary, I am sure it would be welome.

Have you ridden one or not Anna ?,

Would like your views from the saddle not just hearsay.

Don't worry yourself, I most…

Don't worry yourself, I most certainly will enjoy my 961 till God calls time on me.

Talking the talk is not the same as owning and riding one, for pitys sake its a NORTON and thats what were all on this forum for isnt it !!

Come on lets have some positive vibes and keep riding our Nortons and not being negative about every little thing.

Does anyone else feel the same way about their 961 ?

Yes its quirky but rides beautifully and dont they just look beautiful !

On your original issue Gary, i spoke to Norton this week and the repair/service side of the business is due to move to Derby from Castle Donington within the next 2 weeks so even if your not local you could talk to them about your issue. I spoke to them this week and they were giving me confidence in looking after existing customers. 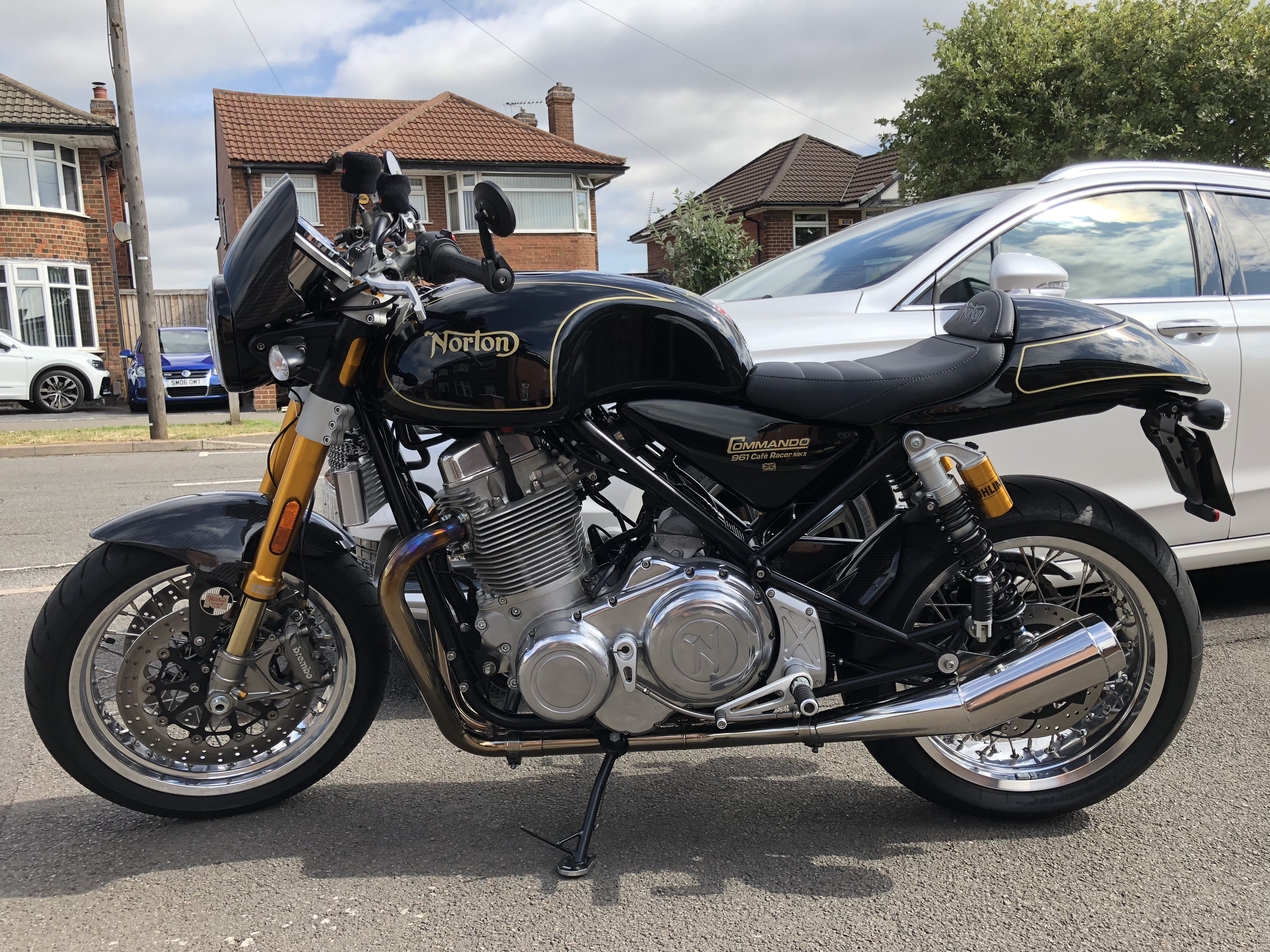 Did you get anywhere with your issue, the thread seems to have gone cold !

Submitted by Gary Fisher on…

A big hank you to everyone who gave their help. Much appreciated. Cheers

I assume its fixed but no details on how it was fixed, which stops it being used to add to the database for future requests of the same type. Its likely to have been a relay or a sensor. Seems odd to ask for what to look at and then not say what the fix was but at least he came back and thanked everyone.

Yes agree John , some of these faults are quite easily traced,repaired & rectified, those fuses have been known to of cracked, relays shake loose, there’s a quick blow fuse on main battery terminal lead under fuel tank , my 2016 had intermittent starting recently & it was just the micro switch at the clutch lever was mis aligned & not making ( parked my scooter too close) & it nudged it , that’s what u get for owning a scooter I guess , & just a heads up if u have a flat battery & want a quick solution without dismantling the tank to get to battery .

Peel back the insulated cover on the positive terminal of the starter motor, place ur red jump lead here & the black negative one on any alloy part ,foot hanger/brake pedal etc , I’ve done this & it works .

END_OF_DOCUMENT_TOKEN_TO_BE_REPLACED

2021 NOC Calendars - now in the NOC Shop!
How to order parts from the NOC shop
New Parts Available - Wheel Spacers - Stainless Steel
MAG - Yorkshire Pudding Rally: ‘What a great weekend, thank you!’
Join The Hunt For The Best Norton Owners T-Shirt In The History Of The World!
Sump plates with magnetic drain plug - back in stock
Roadholder magazine binders - Back in stock
END_OF_DOCUMENT_TOKEN_TO_BE_REPLACED