I am fitting a tri spark mosfet regulator/rectifier to my 1972 750 commando ,any one got experience of them ?

After removing the zener diode , rectifier and the capacitor there seems to be a lot of redundant wiring .I started to remove the surplus wires but it gets very difficult as they feed into the harness .

I didnt want to leave them but would it do any harm just to tape them off and leave them in situ ?

…when you are removing redundant wiring from the bike.

With the reds in particular, on many components it will loop in and back out again as it goes off back in to the harness. It is important that you retain this loop, so just tape the wires up, rather than cut them off.

Norton and Lucas quite rightly feared that the isolastics could hinder the positive feed which on many bikes is via the frame.

Not the case with the Commando - with the exception of the rear taillight and turn signals (which are earthed through the bracket) everything else has it’s own positive feed from a cable.

The reg/rec is simple to wire in, and no different to all the other reg/recs available.

Consider putting it on it’s own fuse.

That way, if you have any issues with the charging system, you can pull the fuse and get home on the battery.

Thanks for the advice Grant …

Thanks for the advice Grant .

I had been studying your information on the web ! Yes when I disconnected the existing wiring some items would not work but when I reconnected the earth everything was fine . I had hoped to simplify some wiring as when I fitted the Tri spark ignition but it isnt a problem .

I fitted a separate fuse and hopefully all seems to be working fine .

... run dedicated earth wires on any bike as connections via frame / engine can be decidedly iffy.

yeah Ian thanks for the tip …

yeah Ian thanks for the tip , I should have known better after being caught out before !

I will learn one day .

I did minimal wiring tidying when I fit the tri-spark reg/rectifier. As mentioned above, to make sure I had a good earth I combined the red from harness with the red that’s near the zener.  I kept the zener in place but disconnected it and bridged the brown and blue cables.  It worked fine until an inlet valve spring went. Frame up rebuild now including full rewire! 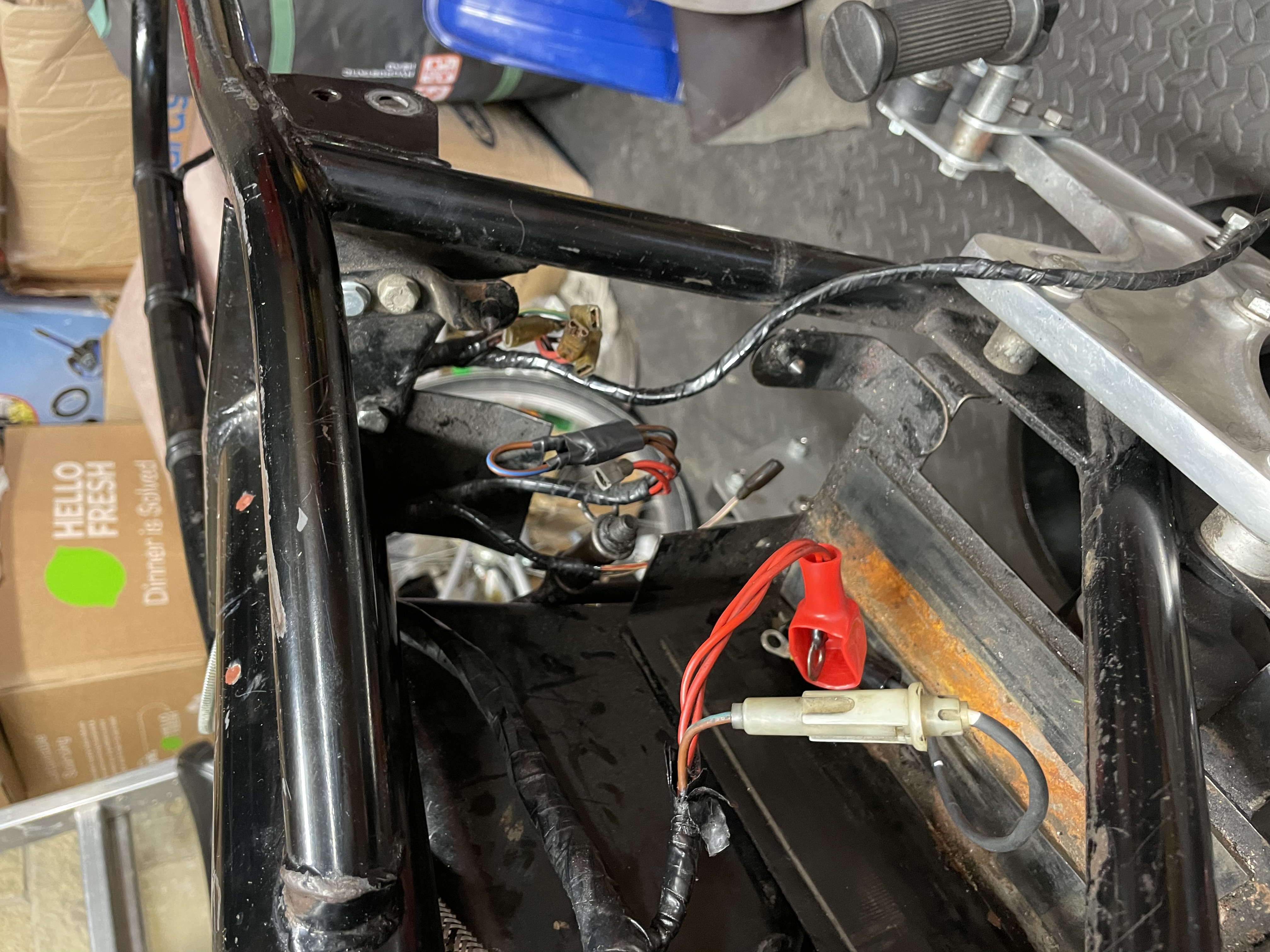 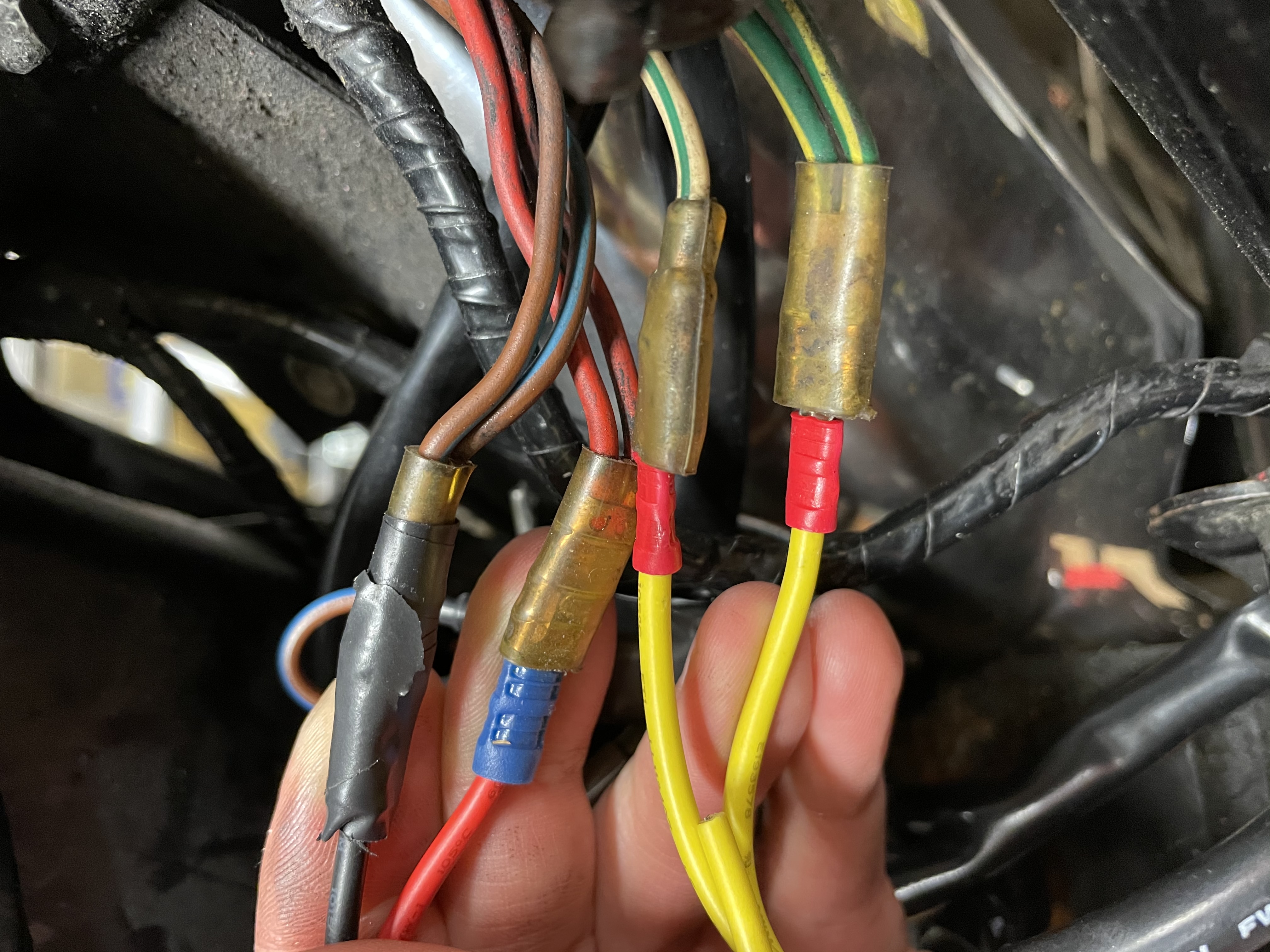 Thanks for your input Mathew…

Thanks for your input Mathew , I just reconnected the earths and ran a brown and blue direct from the ignition switch to the battery via a fuse .

Good luck with the re build

Having just fitted a tri spark reg rect to my mk3, I am worried that the ign light stays on. The wla on mk3 is different to earlier models,  so whats happening??

Thanks for any ideas.

Hans, Have you connected…

Have you connected the output from the stator directly to the rectifier, if you still use the old WLA you need to feed some of the stator output to the WLA.

Or go modern and fit a Al Os BSM, it tells you what you DC is doing, unlike the WLA which just says your stator is producing AC voltage.

Hi Ash,  I'd rather leave it as it is. Must say the instructions are not very optional, so I just did as it said . There are two feeds to the WLA so should I take two feeds off the yellow wires and link in to the old charging system ?

I asked Steve Kelly from…

I asked Steve Kelly from Trispark about the MK3 WLA

Please let us know if we can assist you further."

I installed then a CHARGE WARNING LIGHT from Paul Goff, that works together with a Lipo-Battery in my case.

The BSM is the way to go, if something is not right it will soon let you know. They are excellent.

The Tri Spark rectifier will show just how good a single phase stator is, with a sensible tickover it will still keep the voltage at a level to satisfy a LiPo battery.