I recently bought this 350cc Jubilee / Navigator and that is the crux of my question...what is it?

I have read some threads on the Forum here and see that Navigator barrels have 7 fins and the engine in my bike has 7 fins.

But the frame does look like a Jubilee and on cleaning the front wheel I noted it was stamped with WM2 Do Not Use Over 250cc (or words to that effect).

I have the V5 which states it's a Norton 349cc but no other model details.

So wondering what info might be gleaned from the image attached and what else I could look for to determine what I have.

Looking forward to you replies 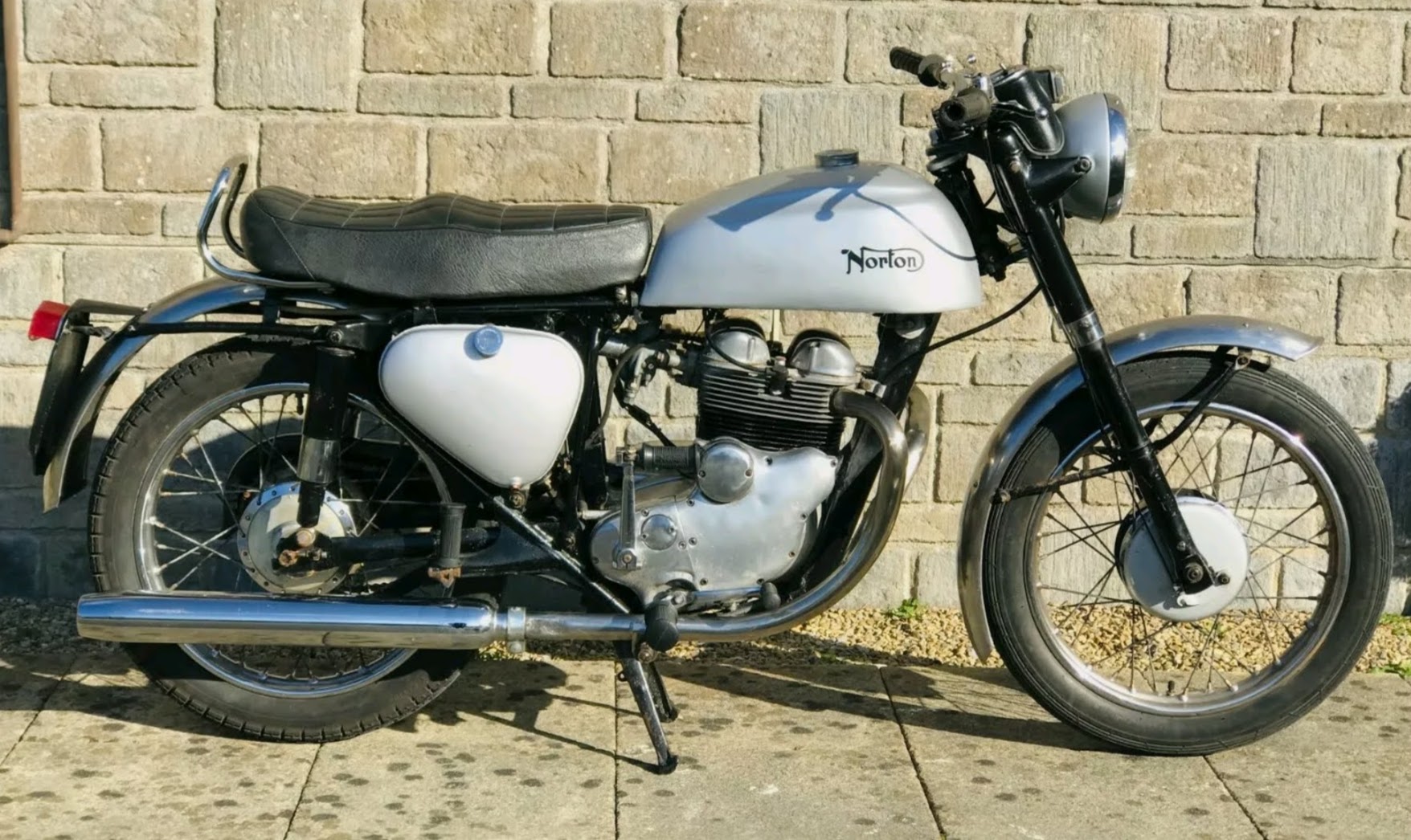 What is it? - UPDATE

Just found the Norton Numbers and Years info and it looks like I have a 1962 Jubilee frame with a 1961 Navigator engine.

Anyone else have / experienced this configuration?

Some going but not too much stopping. I like the front mudguard.....siamese pipes on a Jubilee/Navigator?

This was a pupular mod to get more power from a Jubilee - drop a Navi engine into the frame.

The frames for both are identical** - with one difference. As the engine is taller, the head steady mounting bracket is higher (& more substantial) on a Navigator. Luckily, the whole front downtube can be removed & replaced by the Navigator item. Or new brackets could be welded onto the existing downtube, or an elongated head steady could be made.

You read about the steering angle being different between the two models, but that is simply down to the wheel sizes & fork differences - the head lug on the down tube appears to be the same angle for both.

As Al wrote above - this would increase the 'go', but the Jubilee front stopper was marginal at best, so you would need to improve the 'stopping' part. Relatively painless approach (but expensive) would be to graft the front end of a Dominator on. A better solution may be to graft on a front end from an old Japanese bike (Some Yamahas of the period had twin leading shoe brakes, even!) - if you can find one (oh Boris, please bring back AutoJumles after Lockdown!!) and know someone handy to make up spacers, etc.

Many thanks for the info. I'm pretty sure now that I have a 1962 Jubilee frame with 1961 Navigator engine.

I did read about the engine bracket and checked my frame for the height adjusted bracket. I came to the conclusion someone had done an exceptional job of cutting and welding or that the downtubes are interchangeable, you confirmed the latter.

Next thing I've seen on here is about fuel taps and you guessed it, mine has a 'bit of a bodge' with a lot of some kind of sealing compound!!!